With help from plants, Spartan biologists are unraveling forces at work today shaping life and health

Michigan State University researchers are shedding light on a mystery of evolution with support from a $1.9 million grant from the National Institutes of Health: How is it that within the same species, individual responses to stimuli can dramatically differ? 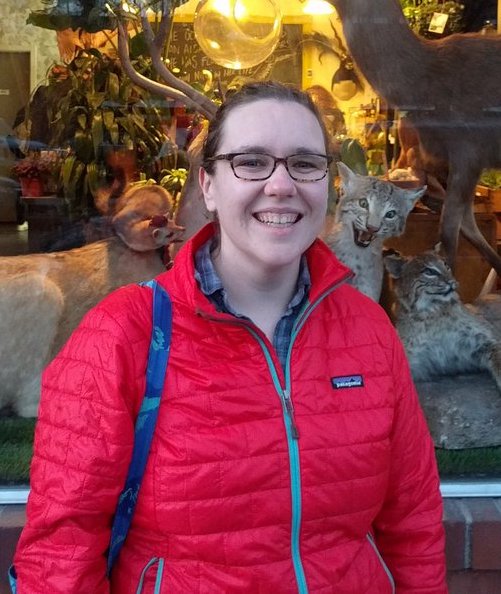 “A lot of times when you see that variation, there are two possible reasons,” said Emily Josephs, an assistant professor at MSU. “It could be genetic differences or it could be environmental differences.”

Understanding the root of this variation in humans would be invaluable from a health perspective and would help explain why certain people are prone to certain diseases while family members or neighbors aren’t. This is easier said than done.

“You can’t just clone a bunch of humans, put them in different environments and see what happens,” Josephs said.

But you can grow genetically identical plants, which share the same environments as humans and are subject to many of the same evolutionary forces. They’re also amenable to experiments where researchers have control over genetics and growth conditions — experiments that Josephs will be leading with the new NIH grant.

Josephs works in the Department of Plant Biology in the College of Natural Science and MSU’s AgBioResearch in the College of Agriculture and Natural Resources, and is a core member of the Ecology, Evolution and Behavior program. She and her team will be working not only to disentangle genetic phenomena from environmental factors but also to understand how evolution shapes both. MSU’s Emily Josephs and her team will study Arabidopsis plants, like the one shown here, to explore how genetically identical organisms respond to different environments. Credit: Sophia Buysse

“MSU is a great place to be a plant biologist. We have a wonderful community of plant biologists and a lot of resources,” said Josephs, who was recruited to MSU in 2019 as part of the Global Impact Initiative. “But we’ve also got a really great evolutionary biology program. I get to be at the Venn diagram overlap of these amazing communities.”

It can be easy to think of evolution as something that ancient organisms did to populate the planet with the diversity of living things present today. But all that life, humanity included, is still evolving.

At the same time, environments are changing in ways — and at speeds — that humans haven’t witnessed before. Josephs’ research will address the evolutionary reasons for why individuals differ in how they respond to these changes.

Type 2 diabetes is one example where humanity is seeing these changes and differences playing a role today. This is a condition where the body has difficulty regulating its blood sugar and its prevalence is growing. Type 2 diabetes is linked to diet and activity levels, which can be influenced by a person’s surroundings.

“For example, we now work in environments where we can walk down the hall and buy a pack of M&M’s whenever we want,” Josephs said. People are experiencing a range of different environments, but they also respond differently to these environments because of their genetics.

Members of the Josephs lab are studying plants to understand why there is genetic variation for environmental response. These plants are capable of producing offspring that are genetically identical to one another.

The researchers can then grow these plants in different environments and compare what they observe with mathematical models of evolution to see which theories are most accurate under certain conditions. From here, developing connections to human health will take time, but these studies can provide a solid foundation to build from.

“It’s important to understand how things came to be and why things are the way they are,” Josephs said. “It gives us a better sense of why the world is the way it is.”