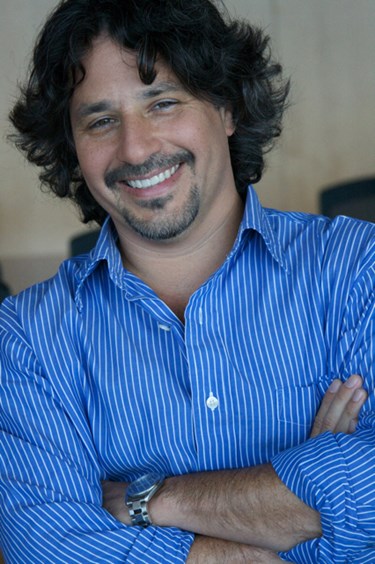 John J. Valadez is a Peabody Award winning filmmaker, Professor of Practice in the MSU School of Journalism and the director of the Documentary Film Program. His latest film, “American Exile,” about the deportation of American military veterans will air nationally on PBS in the fall of 2021. It was produced with filmmaker and fellow Professor of Practice Carleen L. Hsu who also edited the film.

When I first became aware of Larry King, I didn’t think much of him. He had crossed over from talk radio to television, landing a gig at CNN in 1985 with his show “Larry King Live.” Most of us in New York, who were devoted to the news and documentary world thought he was an infotainment hack. He featured psychics on his show. He interviewed UFO abduction researchers, conspiracy theorists and believers in the power of ESP and mind reading. He was the tabloid, cable TV, talk-show guy with big glasses and big suspenders. We saw him as a cartoon.

Then on March 15, 1990 I was filming in the New York State Supreme Court. I was a student at New York University’s film school. We were making a documentary about a former leader of the Black Panther Party named Dhoruba Bin Wahad. He had been incarcerated for 19 years, eight of those in solitary confinement, and he was saying he had been framed by the FBI for his political beliefs — a political prisoner in America. That day the judge ordered the immediate vacation of Dhoruba’s conviction because of prosecutorial misconduct and he walked out a free man. In that moment, I knew we would have one hell of a film.

Not long after Dhoruba had been released, he got booked on “Larry King Live”. We were a bit stunned. This seemed out of character for Larry King, but the show ended up being great.

At that time three big names dominated the interview scene. Barbara Walters was known for her celebrity television interviews with candid moments. She would make her guests tear up, even cry.  Bill Moyers was the man to watch. He represented integrity and the uncompromising standards at PBS. The other television powerhouse was Mike Wallace — under the banner of CBS “60 minutes.”
He had a reputation for confrontational, aggressive “gotcha journalism.” In this environment, Larry King was trying to eek-out a place on the national scene. He was just beginning to popularize a new and different approach; he was non-judgmental. Larry wanted to understand someone else’s perspective — highlight it and broadcast it, not challenge it — at least not in an adversarial way.  He was able to get people to open up because his guests knew Larry wasn’t going to trick or trap them, or make them defensive.  His show became a platform for diverse perspectives, and he allowed the viewer to make their own judgements without Larry tilting the scale. 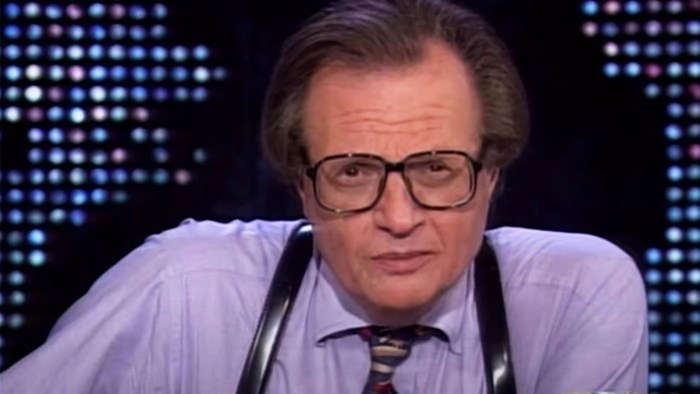 When Dhoruba was featured on “Larry King Live,” it immediately brought attention to his horrific sojourn, and with it came a massive amount of attention for our film.

Several months later, I called one of King’s producers because I wanted to get access to the interview for possible inclusion in our film. I gave my pitch, and the woman on the other end shouted across the room, “It’s a film student from NYU doing a documentary about political prisoners. He wants to use some of the Bin Wahad interview.” Then, off in the distance, I heard Larry’s distinct voice shout back, “Give ‘em the footage, whatever he wants. That’s important.”

According to my production notes, I still have the footage. We transferred it to tape #AF 554 for editing on August 19, 1992. Although we never used it in the film, we did get our documentary on national television, were nominated for a national Emmy, were able to launch our careers, and I met a talented young film producer, a Chinese woman who would become an artistic collaborator and become my wife.

Thank you, Larry, for giving America perspectives we desperately needed to hear. Thank you for believing in a group of young, idealistic artists who wanted to change the world. You were a real mensch.