MSU planetary scientist discusses DART mission and Netflix film about MSU scientists who try to save the world. 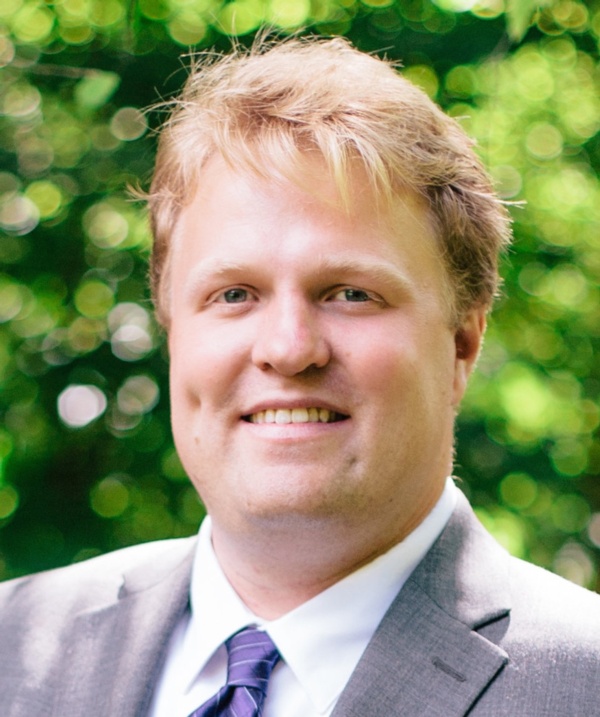 Seth Jacobson is an assistant professor in the Department of Earth and Environmental Sciences and in the Department of Physics and Astronomy in the College of Natural Science. As a planetary scientist, Jacobson studies the planets, moons, asteroids and comets of the solar system as well as other planetary systems with the tools of celestial mechanics, geophysics, and geochemistry.

This Friday Netflix will release the film “Don’t Look Up” starring Hollywood A-listers Jennifer Lawrence and Leonardo DiCaprio who play a faculty-graduate student pair from Michigan State University’s astronomy department, trying to save the world from a killer comet.

I never imagined an opportunity to say this, but I play Leo’s character Dr. Randall Mindy — in real life. Sort of. Still from the film “Don't Look Up.” Image courtesy of Netflix.

Just before the Thanksgiving holiday, NASA launched humanity's first spacecraft designed to test planetary defense technology. The DART mission will demonstrate the kinetic deflection technique by impacting the moon of a small (and non-threatening) asteroid system. By measuring how the asteroid moon is deflected by the DART mission, we will learn about the effectiveness of this planetary defense technique, the scientific properties of asteroid surfaces and interiors, as well as the engineering systems needed to conduct such a mission. This is a major step in humanity’s transformation to a planetary civilization protecting itself against interplanetary threats.

Most famously, an asteroid impactor ended the reign of the dinosaurs, but interplanetary bombardment is an ever-present danger to life like ours. The surface of Earth's moon records that threat as craters, which document a planetary lifetime of bombardment. While most of the corresponding craters on Earth have been erased over time due to plate tectonics, Earth's 4.5-billion-year geologic record shows that the threat of catastrophic impacts is very real. But for the first time in that history, earthlings, including me, are preparing to do something about it.

I didn't always think of myself as a planetary defender and, to be honest, I still don't think of myself in this way often. Instead, professionally, I am foremost a planetary scientist, and I run the Planetary Makerspace at MSU. Our goals are to better know the history of our solar system and its most important planet: Earth. To accomplish this, we study the formation and evolution of exoplanets, giant planets, terrestrial planets, moons, comets and asteroids. It's the study of asteroids that connected me to the DART mission and planetary defense, and asteroids are also at the start of my own career.

‘Vermin of the sky!’

For much of the second half of the 20th century, asteroids were thought by most astronomers to be boring rocks in space and of no scientific interest. But by the beginning of this century, we knew oppositely that asteroids are some of the most dynamic objects in the solar system and that they are time capsules containing a geologic record of our solar system's birth. For my part and my Ph.D. thesis, I described and calculated the role of non-gravitational effects in their dynamical evolution. Jacobson at an early screening of “Don't Look Up.” Photo by Emilie Lorditch

While asteroids may no longer be just a nuisance in the eyes of astronomers, it's still unexpected to find yourself being played in a movie by the likes of DiCaprio and Lawrence. Their discovery puts them in the driver’s seat as they attempt to defend the planet — if only the political, news media and multibillionaire classes would let them. I'll let you discover for yourself whether they succeed, but it is worth noting here the movie is a powerful allegory for how humanity is addressing (or not) anthropogenic climate change.

Director Adam McKay deftly shows how the same conflicts-of-interest that impede dealing with the less tangible threat of climate change appears comedically preposterous in the face of the more tangible threat of an interplanetary impact. Thankfully, we don't live in the 'Don't Look Up' universe, and we can work together to avert global catastrophe as evidenced by the global participation in the DART mission.