A team of researchers, including scientists from the National Superconducting Cyclotron Laboratory, or NSCL, and the Facility for Rare Isotope Beams, or FRIB, at Michigan State University, have solved the case of zirconium-80’s missing mass.

To be fair, they also broke the case. Experimentalists showed that zirconium-80 — a zirconium atom with 40 protons and 40 neutrons in its core or nucleus — is lighter than expected, using NSCL’s unparalleled ability to create rare isotopes and analyze them. Then FRIB’s theorists were able to account for that missing piece using advanced nuclear models and novel statistical methods. 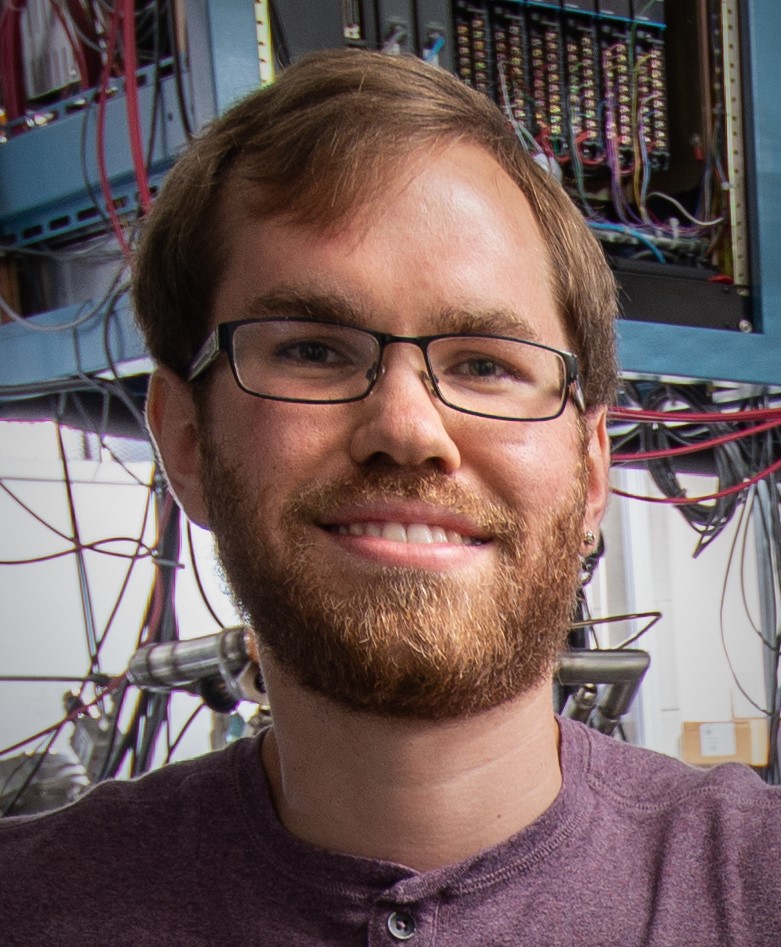 “The interaction between nuclear theorists and experimentalists is like a coordinated dance,” said Alec Hamaker, a graduate research assistant and first author of the study the team published Nov. 25 in the journal Nature Physics. “Each take turns leading and following the other.”

“Sometimes theory makes predictions ahead of time, and other times experiments find things that weren’t expected,” said Ryan Ringle, FRIB Laboratory senior scientist, who was in the group that made the zirconium-80 mass measurement. Ringle is also an adjunct associate professor of physics at FRIB and MSU’s Department of Physics and Astronomy in the College of Natural Science.

“They push each other and that results in a better understanding of the nucleus, which basically makes up everything that we interact with,” he said. 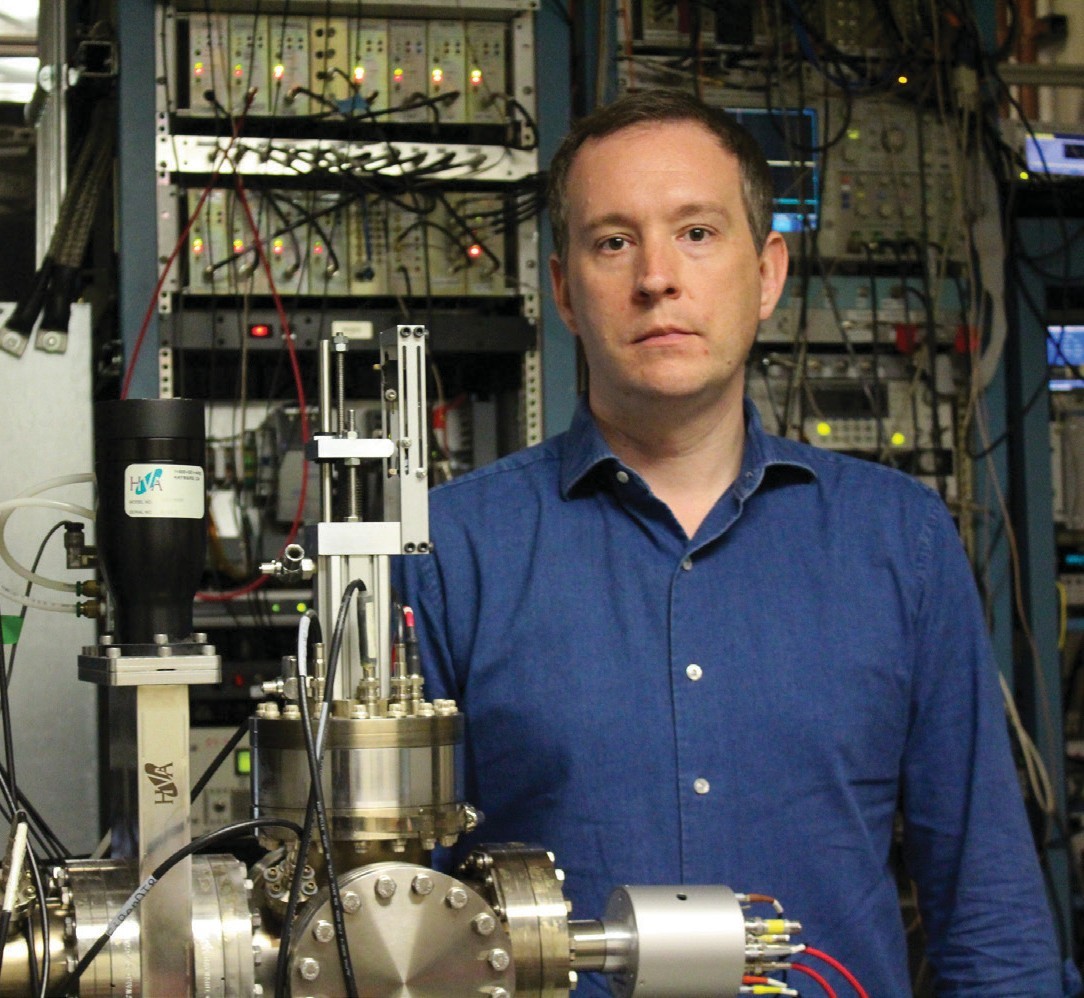 So this story is bigger than one nucleus. In a way, it’s a preview of the power of FRIB, a nuclear science user facility supported by the Office of Nuclear Physics in the U.S. Department of Energy Office of Science.

When user operations begin next year, nuclear scientists from around the globe will have the chance to work with FRIB’s technology to create rare isotopes that would be impossible to study elsewhere. They’ll also have the opportunity to work with FRIB’s experts to understand the results of those studies and their implications. That knowledge has a range of applications, from helping scientists make more sense of the universe to improving cancer treatments.

“As we move forward into the FRIB era, we can do measurements like we’ve done here and so much more,” Ringle said. “We can push further beyond. There’s enough capability here to keep us learning for decades.”

That said, zirconium-80 is a really interesting nucleus in its own right.

For starters, it’s a tough nucleus to make, but making rare nuclei is NSCL’s specialty. The facility produced enough zirconium-80 to enable Ringle, Hamaker and their colleagues to determine its mass with unprecedented precision. To do this, they used what’s known as a Penning trap mass spectrometer in NSCL’s Low-Energy-Beam and Ion Trap, or LEBIT, Facility.

“People have measured this mass before, but never this precisely,” Hamaker said. “And that revealed some interesting physics.”

“When we make mass measurements at this precise a level, we’re actually measuring the amount of mass that’s missing,” Ringle said. “The mass of a nucleus isn’t just the sum of the mass of its protons and neutrons. There’s missing mass that manifests as energy holding the nucleus together.” The deformed nucleus of zirconium-80 is lighter than the sum of the masses of its 40 protons and 40 neutrons. The missing mass is converted into binding energy through E=mc2. The binding energy is responsible for holding the nucleus together. Credit: Facility for Rare Isotope Beams

This is where one of science’s most famous equations helps explain things. In Albert Einstein’s E = mc2, the E stands for energy and m stands for mass (c is the symbol for the speed of light). This means that mass and energy are equivalent, although this only becomes noticeable in extreme conditions, such as those found at the core of an atom.

When a nucleus has more binding energy — meaning it’s got a tighter hold of its protons and neutrons — it’ll have more missing mass. That helps explain the zirconium-80 situation. Its nucleus is tightly bound, and this new measurement revealed that the binding was even stronger than expected.

This meant that FRIB’s theorists had to find an explanation and they could turn to predictions from decades ago to help provide an answer. For example, theorists suspected that the zirconium-80 nucleus could be magic.

Earlier experiments have shown that zirconium-80 is shaped more like a rugby ball or American football than a sphere. Theorists predicted that the shape could give rise to this double magicity. With the most precise measurement of zirconium-80’s mass to date, the scientists could support these ideas with solid data.

“Theorists had predicted that zirconium-80 was a deformed doubly-magic nucleus over 30 years ago,” Hamaker said. “It took some time for the experimentalists to learn the dance and provide evidence for the theorists. Now that the evidence is there, the theorists can work out the next few steps in the dance.”

So the dance continues and, to extend the metaphor, NSCL, FRIB, and MSU offer one of the finest ballrooms for it to play out. It boasts a one-of-a-kind facility, expert staff and the nation’s top-ranked nuclear physics graduate program.

“I am able to work onsite at a national user facility on topics at the forefront of nuclear science,” Hamaker said. “This experience has allowed me to develop relationships and learn from many of the lab's staff and researchers. The project was successful because of their dedication to the science and the world-leading facilities and equipment at the lab.”

Note for media: Please link to the original Nature Physics paper in your online coverage: https://www.nature.com/articles/s41567-021-01395-w