Celebrating the life of Eli Broad

“I am deeply saddened by the passing of MSU alumnus, humanitarian and philanthropist Eli Broad, and my heart is with Edythe and the entire Broad family,” said MSU President Samuel L. Stanley Jr., M.D. “Eli was a selfless, kindhearted man who dedicated much of his life to making the lives of others better. From the classroom to the board room, altruism was the backbone of his mission, and Eli embodied what it means to be a Spartan.”

“Eli Broad stood out as a student at MSU, prospered through his great entrepreneurial insight and generously supported the university he loved and the causes he knew were important,” said Dianne Byrum, MSU Board of Trustees chairperson. “His many legacies will endure, and his memory will live in the hearts of Spartans and many, many others.” 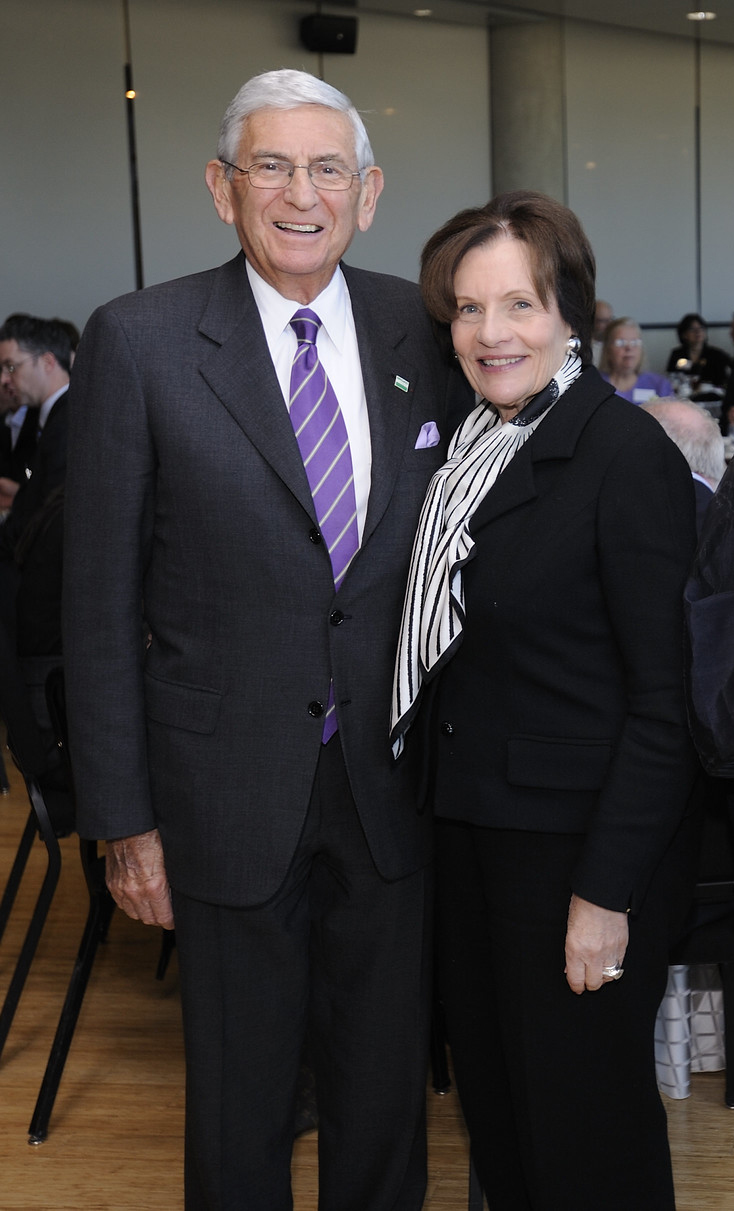 After graduation, he married the former Edythe Lawson and entered the homebuilding business, where he prospered with an innovative business plan for constructing affordable homes. He later applied his business sense to the retirement services industry by buying a life insurance company and transforming it into the SunAmerica financial services company.

Broad called himself a “venture philanthropist,” and the couple began their philanthropic giving in the 1950s. In 1967 they created the Eli and Edythe Broad Foundation, adding the Broad Art Foundation in 1984. To date, the combined commitments of the Broads with their foundations exceeds $4 billion.

In 1991, following a gift of $20 million, his college was renamed the Eli Broad College of Business. In October 2014, the Broads invested an additional $25 million to expand the Broad College’s graduate programs.

“Eli Broad was a larger-than-life figure in everything he touched, and his relentless pursuit of excellence together with a bias for action has resulted in a rich legacy of successful achievements,” said Sanjay Gupta, dean of the business college. “His life’s philosophy involved striving for the impossible, being unreasonable, not settling for mediocrity, thinking outside the box and working hard. We are greatly privileged and immensely proud to have Mr. Broad’s name as our calling card for every Spartan business graduate, and I am personally honored and humbled to have the opportunity to lead the college that bears his name.”

Broad also supported the MSU College of Education with a $6 million pledge in 2003 to help improve urban education, particularly for students in Detroit schools.

In June 2007, the Broads announced a $26 million gift to build the Eli and Edythe Broad Art Museum at MSU. The Broads would invest an additional $2 million in the project in 2010 and later gifted the museum $5 million toward its endowments to help fund future exhibitions.

“Eli Broad was an incomparable advocate for the arts and ensuring their accessibility for all,” said  Mónica Ramírez-Montagut, director of the museum. “The Eli and Edythe Broad Art Museum at Michigan State University was made possible through the remarkable generosity of Eli and his wife Edythe, and it is an honor for us to carry on the Broad arts legacy here in East Lansing.”

In May 2012, he wrote his first book, “The Art of Being Unreasonable: Lessons in Unconventional Thinking.” It would go on to become a New York Times, Wall Street Journal, USA Today and Washington Post bestseller.

Eli Broad is survived by his wife, Edythe, and their two sons, Gary and Jeffrey.

In his own words

While taping his Spartan Saga in 2014, Broad had these words about his goals for giving back.

Tributes from across campus:

Eli and Edythe outside of MSU's museum bearing their names. Photo by Kurt Stepnitz

Eli Broad in the Main Gallery of the Eli and Edythe Broad Museum at MSU. Photo by Kurt Stepnitz

Eli Broad walks into the Eli and Edythe Broad Museum at MSU on the night of its grand opening. Photo by Kurt Stepnitz