Plants were evolving for hundreds of millions of years before humans started cultivating them for food.

So when the first farmers showed up some 12,000 years ago, plants had already picked up some inefficiencies — that is, adaptations that helped the plants survive but also limited their productivity as crops.

Today, some of those inefficiencies appear to be getting worse as the planet warms. 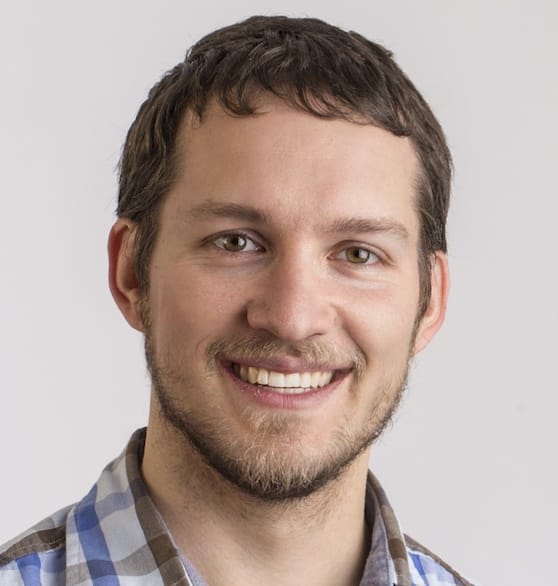 Enter Michigan State University's Berkley Walker, an assistant professor in the College of Natural Science’s Department of Plant Biology. Along with Aaron Liepman at Eastern Michigan University, Walker is leading a new, nearly $1 million National Science Foundation grant effort to better understand one of those inefficiencies with the hopes of turning the tide.

“We can’t turn it off completely,” said Walker, who is also a researcher in the MSU-U.S. Department of Energy Plant Research Laboratory. “But if we can reduce it by even 5%, that could be worth a half-billion dollars a year in crop production.”

At the heart of the research is a plant enzyme called rubisco. In photosynthesis, rubisco latches onto a carbon dioxide molecule and, with the help of water and sunlight, creates oxygen and plant food.

But sometimes this process starts off on the wrong foot. Rather than grabbing a carbon dioxide molecule, rubisco snags an oxygen molecule.

To handle this misstep, plants have evolved a process known as photorespiration. It helps keep the plant alive, but it costs energy and produces carbon dioxide, sapping the plant’s overall efficiency at making food and bulking up.

Photorespiration produces more CO2 the warmer it gets, but it’s unclear whether scientists’ understanding of this phenomenon holds at increasingly high temperatures. Walker is putting that question to the test in the lab with the hopes of inspiring strategies, such as new breeding techniques, to help plants be more productive on a warming planet.

“We’re really agnostic to what those strategies would be. Right now, the goal is to better understand what’s going on,” Walker said.

One arm of the team’s study involves examining the biology of plants that are already thriving in hot climates. Another approach will delve into the biochemistry of the proteins and enzymes involved in photorespiration. “Right now, we have a hodgepodge understanding of photorespiration,” said Eastern Michigan’s Liepman, a biology professor who discovered genes for two of those photorespiratory enzymes as a graduate student. “This grant is a great opportunity to unify some of these ideas and test them in a variety of standardized conditions.”

Liepman is also a Spartan. Before joining EMU, he was a postdoc working with Kenneth Keegstra, a University Distinguished Professor Emeritus of the MSU-DOE Plant Research Lab.

And this connection is how Liepman got involved with the NSF grant, although not in the most obvious way. Liepman was recently corresponding with colleagues at the Plant Research Lab about equipment and Walker recognized his name on an email chain. That started a conversation that helped form this collaboration.

“I’m pleasantly surprised to be participating in this,” Liepman said. “It’s cool getting back into something from my past, and it’s great to work on it in collaboration with such a bright guy.”

Beyond potentially helping growers get more from their plants, this work will also help inform climate models. Understanding how plants interact with temperature and carbon dioxide in the atmosphere is a key piece of predicting how this greenhouse gas will affect our planet.

“Not a lot of people outside of plant science have heard of photorespiration, especially compared to photosynthesis,” Walker said. “But it is tremendously important.”