Ask the expert: Understanding what happened at the Capitol 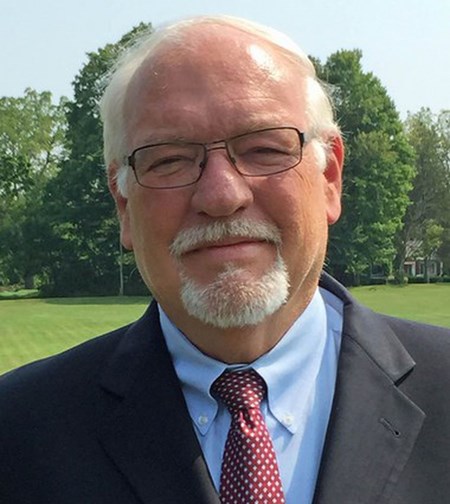 David Carter is a professor in the School of Criminal Justice and an expert in law enforcement intelligence and violent crime control. In response to the security breach and attack on the U.S. Capitol by a crowd of rioters on Jan. 6, 2021, Carter answers questions to help the public better understand what happened from a law enforcement perspective. The content originally appeared on the College of Social Science website.

It seems that a lot of law enforcement agencies were caught off guard and not prepared for the events that occurred Jan. 6, 2021 when the Capitol was breached by a crowd of rioters. Why was that?

Intelligence tells us about the threat, so we have to really try to understand what exactly the threat is. In this case, it would have been pretty easy to have done the intelligence work through social media exploitation.

Then, we have to plan how we are going to control, mitigate and respond to that threat. Important questions to ask when planning include:

The failure of imagination comes in when command simply cannot imagine that something is going to happen.

What do we need to learn from this experience from a law enforcement perspective? What lessons can be learned?

First, I think it is important for people to understand that the Capitol Police have a very limited jurisdiction; they simply secure the members of congress and the land that the Capitol and congressional offices are located on. The Capitol Police have a little over 2,000 members and, in reality, that is actually spread pretty thin. Yes, you have 2,000 officers, but then you have to divide that among the Capitol and congressional office buildings, which cover a large geographic area, then divide that number among three shifts, and then the people who are out sick, on vacation, etc. So, at any point in time, the actual number of officers they have is relatively small.

Beyond this, the Capitol Police don’t have a lot of riot control experience; they simply don’t handle that type of situation often. The two agencies in Washington D.C. who have the most experience with riot control would be the United States Park Police (since they have jurisdiction over the National Mall where a lot of demonstrations occur) and the Metropolitan Police Department (who have Jurisdiction over the city of Washington D.C. itself). Both agencies have more experience and personnel to handle these situations.

Ultimately, this all goes back to inadequate preparation and not anticipating a breach of the Capitol.

The lesson is to be prepared next time.

One of the challenges for law enforcement dealing with social media is balancing threats and First Amendment protections. People can say outlandish things, but unless someone is making explicit threats, their speech is protected. Law enforcement can’t identify an individual who isn’t making an explicit criminal threat because doing so would be a violation of their Civil Rights.

While law enforcement can’t identify people specifically, what they can do is look at trends and issues in general to see what collectively is being said. They can collect specific statements as long as there is no Personal Identifying Information linked to the statements. Analyze what is collectively being said would allow the law enforcement agencies to assess a threat and begin planning.

On the news, we are hearing a lot of people asking, “We know who these people are; why aren’t they being arrested?” The truth is that it is much more difficult than that. Law enforcement needs to conduct a full investigation and develop probable cause, which is more than a news outlet needs to do. It requires more time, more information, more effort. If law enforcement doesn’t do that and they don’t establish probable cause, then the case would be dismissed; due to Double Jeopardy laws, Law enforcement would likely not be able to arrest people again for the same offense, so it is important they get it right.

What is the process for the review that these law enforcement agencies will go through to analyze what they did right, what they did wrong and what they need to do going forth?

For one, they are going to look at whether they had the intelligence and information that they needed. Did they have the resources? How was information shared? Did they have a Coordinated Incident Management System set up?

I think part of this particular problem is simply due to the unique nature of the Capitol Police. I am convinced that if this would have started on the National Mall and the United States Park Police would have been involved from the beginning, the response probably would have been better. The focal point of this riot was the Capitol, and I don’t think law enforcement anticipated that, which led to insufficient coordination and information sharing.

There are so many agencies with so many different responsibilities. There has to absolutely be good, consistent information sharing. This is why a Clear Incident Management Structure needs to be established from the beginning planning stages, not after all hell breaks loose.

What would a good Incident Management Structure look like?

There is actually one already established: The National Incident Management System. NIMS is a series of policies and best practices that can be used by any agency anywhere.

So far, I have not heard any mention of an Incident Management Structure being used during this event so, right now, there really isn’t any way to say for certain whether they were using it or not.