Developing such malleable energy devices will help existing wearable technologies, such as smart watches, become more flexible, comfortable and reliable. But Cao, director of the Soft Machines and Electronics Laboratory, also is envisioning new possibilities empowered by his research.

For example, he’s working toward smart textiles to monitor athletes’ vital signs during games, electronic skins to restore some sense of touch for people using prosthetics and smart implants that can track patients’ health while helping support it.

“For implantable devices, you need electronics that can be integrated with soft tissue and accommodate the motion of the body,” said Cao, an assistant professor in the School of Packaging and the Departments of Mechanical Engineering as well as Electrical and Computer Engineering. His team also is working on what he calls “plant wearables,” which are sensors for crops that can stretch and bend as the plants grow and move.

“Plants change their orientation and shape over 24 hours’ time, even without wind or environment variation,” Cao said. “It’s very surprising and interesting, so we are eager to develop sensors that can accommodate the varying growth conditions.” 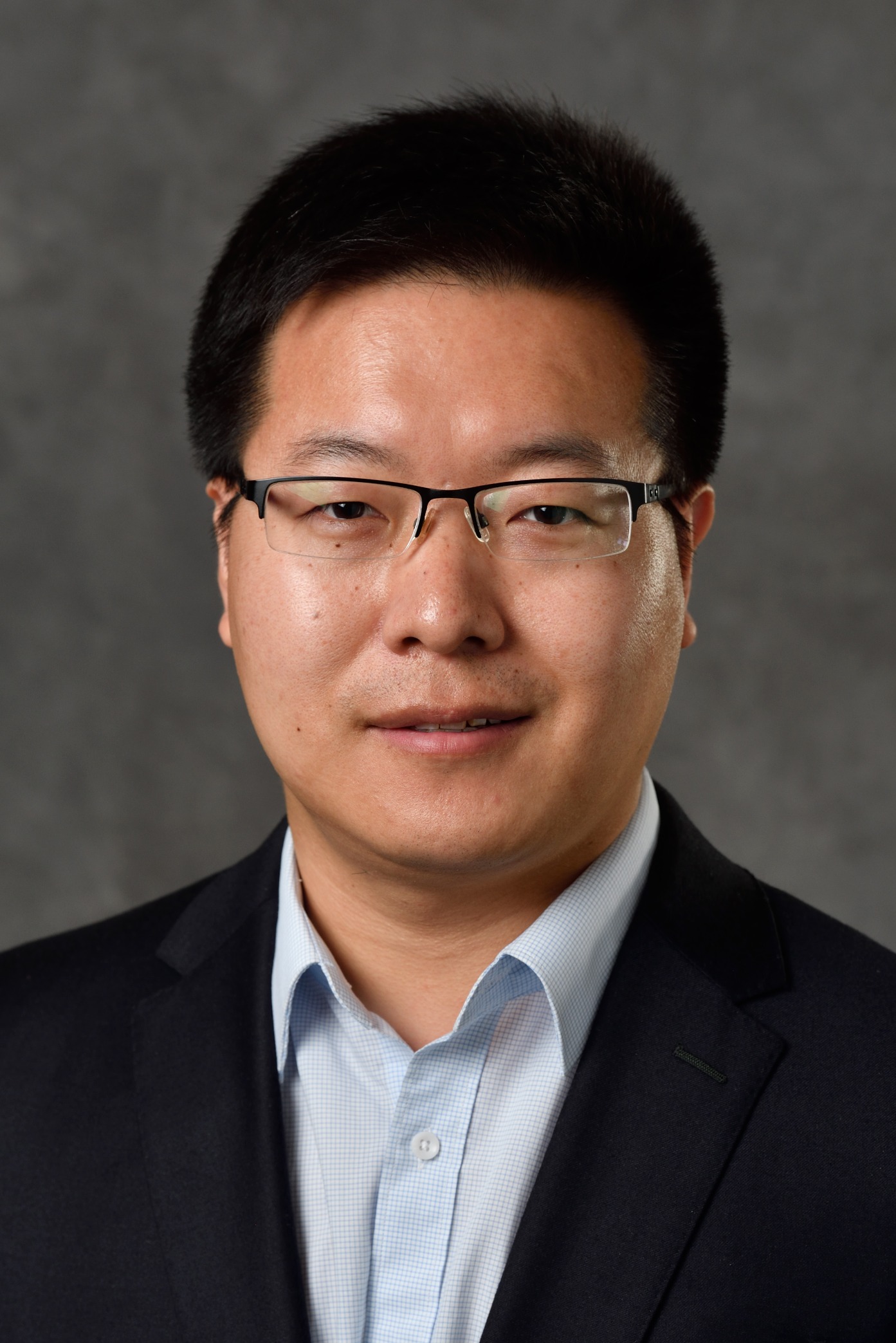 To power these devices, Cao and his colleagues are creating harvesters, electronic devices that convert the energy of motion into electricity. For example, this summer Cao led a team that built sensors to detect forest fires that could be powered by the wind. Such sensors would let rangers monitor large swathes of forests without having to replace or recharge batteries.

A key ingredient in those energy-harvesting circuits is a component known as a supercapacitor, which uses electrochemistry to charge and discharge like batteries, but much faster.

Cao’s team has developed a method to create supercapacitors that can stretch to new limits without compromising their electrochemical performance. The method is a type of so-called 4D printing, or the creation of 3D structures that change over time. The team reported its work online in December in the highly cited journal Advanced Materials Technologies.

The team used an aerosol jet printer to directly deposit a specially formulated ink onto a stretchable polymer substrate, much like an inkjet printer distributes ink on paper. These printed materials form the basis of the stretchy supercapacitors thanks to two innovations.

First, the ink features a blend of conductive carbon materials to meet the team’s desired electrochemical and mechanical properties. It contains both nanoscopic tubules of carbon and vanishingly thin sheets of carbon, known as reduced graphene oxide.

“Carbon nanotubes have lower electrochemical performance than graphene, but graphene doesn’t have good solubility in our ink solvent, making it difficult to form a stable ink,” Cao said. “Combining them together with conducting polymer additive gave us the best of both worlds, good adhesion strength, mechanical robustness, superior conductivity as well as printing compatibility.” The self-assembled, wrinkled design of the new supercapacitors helps them stay stretchy while maintaining their electrochemical performance. Courtesy of Advanced Materials Technologies.

The second innovation is a form of scientific origami. The researchers knew if they could make their ink dry into a wrinkled pattern, almost like an accordion, that would help it remain stretchy over its lifetime.

To achieve this pattern automatically, they stretched out their polymer substrate and printed their custom ink onto it. When the inks cured at the right conditions, the researchers released the base and let it relax back to its initial shape, and it essentially folded the printed films into the expected pattern.

“We’re introducing what may be a better process to fabricate a self-powered system that is easy to stretch,” Cao said. “We’ve demonstrated the materials, the process and how to integrate it.”

This work was partially supported by the National Science Foundation and the U.S. Department of Agriculture, National Institute of Food and Agriculture.