The National Institutes of Health today announced Michigan State University researcher Jens Schmidt as a recipient of its prestigious New Innovator Award to study how human cells repair damage to their genome and ward off cancer.

Schmidt, assistant professor in the College of Human Medicine’s Department of Obstetrics, Gynecology and Reproductive Biology, was awarded $1.5 million for his research on a process called the DNA damage response. Cancer can occur when DNA damage response fails, often due to mutations in tumor suppressor genes, such as BRCA1 and BRCA2. Schmidt hopes the project will lead to new and better treatments.

The NIH New Innovator Award was created in 2007 to fund studies by “exceptionally creative early career investigators who propose innovative, high-impact projects.” The grant is part of the NIH’s High-Risk, High-Reward Research Program, which funds innovative studies with no guarantee of success, but the potential for significant discoveries. 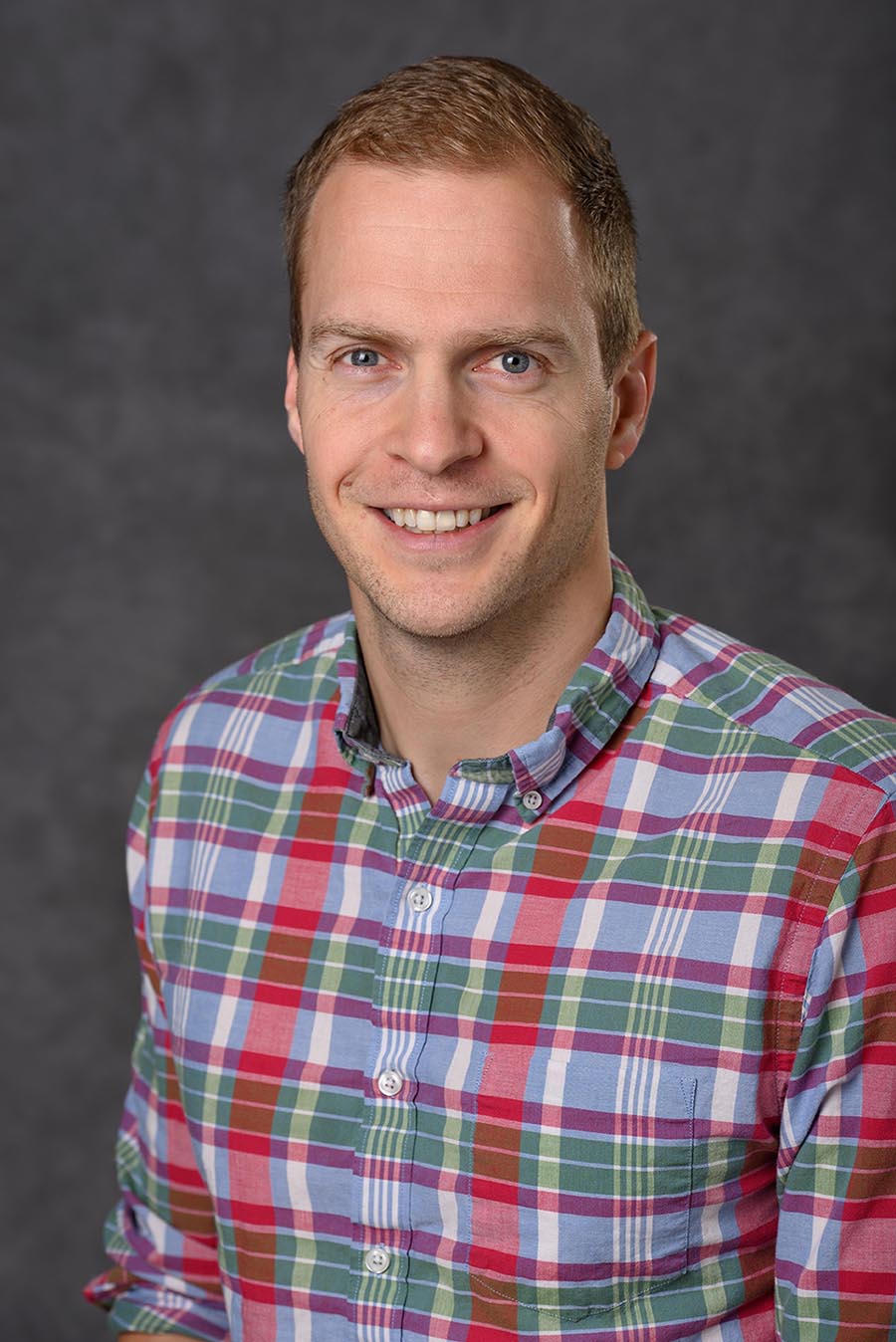 Schmidt, who received his Ph.D. in biology at the Massachusetts Institute of Technology, called the award “a huge honor.”

Over a period of five years, the grant will allow Schmidt and others in his lab to study the DNA damage response in human cells. The DNA in human cells frequently is damaged by smoking, sunlight and other environmental exposures.

In his lab, Schmidt induces DNA damage to human cells with a laser beam. Using a gene editing tool called CRISPR, he attaches fluorescent tags to proteins in the cells, so he can watch with a high-resolution microscope as the proteins try to repair the damaged DNA.

“We can actually study the processes in the cells at the single-molecule level and watch individual molecules carry out the repair,” Schmidt said. “The idea is if we can understand this process in great detail, we can identify drug targets.”

Those drugs could be used to eliminate cancer cells by blocking their ability to repair damaged DNA, he said.

“We are very proud that Dr. Schmidt is recognized for his highly innovative approach to research,” said Richard Leach, chair of the Department Obstetrics, Gynecology and Reproductive Biology, adding that Schmidt is “another example of the university’s commitment to recruit and foster exceptional young investigators whose research has high impact.”

Leach and Christopher Contag, director of MSU’s Institute for Quantitative Health Science and Engineering, recruited Schmidt in 2018 through the Global Impact Initiative.

By: Kim Ward and Geri Kelley