Faculty voice: How a land-grant university can support Latinx students

Ignacio Acevedo-Polakovich examines how Latinx representation could be improved in higher education, starting at MSU. 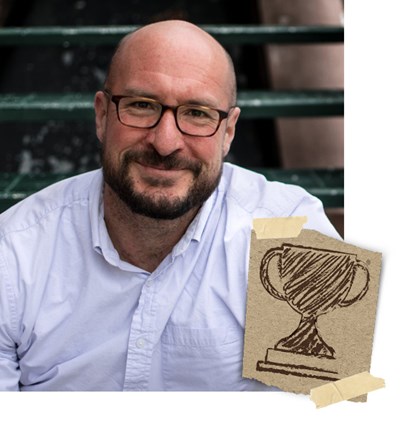 Ignacio Acevedo-Polakovich is an associate professor of psychology in the College of Social Science at MSU. Specializing in community psychology, Acevedo-Polakovich is the founder and director of the Community-Academic Innovation and Dissemination lab, which studies ways to support the success and well-being of families and youth of all backgrounds.

I started the Community-AID lab when I was at a prior institution, for two primary reasons. First, the type of work that I do requires a team of researchers, graduate students and practitioners. Second, the projects I work on are always focused on equity, especially in spaces that work with children and families. The fact that there was a really strong common theme to these projects allowed the lab to start.

When I came to MSU, I brought over the same approach, and have mostly focused on health service equity and educational justice issues. The work of the lab is guided by our vision statement, which is "to ensure that all children, youth and families have equal access and equal opportunity for well-being."

It's not the case in the United States. If you're poor, if you live in a rural community, if you belong to certain ethnic or racial groups, if you have certain gender identities or sexual orientations, you don't have equal access to those opportunities to well-being. So, we work very attentively and focus to make sure that that is no longer the case in as many spaces as possible.

The founding ideals of this country are based on equity. The founding documents include the aspirational call that liberty and justice are for all but historically we've failed different groups in ensuring that. However, historically, we've also made attempts to remedy those failures. For me, that notion of equity and justice that's embedded in the way we defined our nation is really important. Once everyone has equal access to the pursuit of these things, then we've fully realized the vision of our nation.

Latinx people in the U.S. have had a tremendously long history here, through both our indigenous and colonial roots. So many of our states are named in Spanish - Florida, Colorado, California, Arizona - because of their colonial history, which began with Spanish colonies.

It is important for folks to understand that Latinx folks have been here in some way, shape or form for the entire history of the United States and have had an important role in it. We have a history that is deeply tied to the emergence of this nation and the issues that this nation has faced. A lot of times, there is a narrative that Latinx people's history starts with very recent immigration patterns, but that just isn't true — and it washes away our complex history in this country.

MSU, because of its land-grant history, has a particular obligation to Latinx communities in Michigan for representation. We as an institution are supposed to be available, accessible and representative of the public and responsive to public needs. That sets us apart from other institutions of higher education in Michigan and in the Midwest. Our commitment to representing and addressing the needs of Michiganders in general makes it particularly crucial that we also respond to the needs of Michiganders who are Latinx, African American or Native American, because we are a land-grant university.

This story was originally featured on the College of Social Science website.