Kelly Salchow MacArthur is a professor of graphic design in the Department of Art, Art History and Design. She developed the Get Out The Vote: Empowering the Women’s Vote poster initiative to commemorate 100 years of the women’s vote in 2020.

The first day my oar dipped into the Ohio River, 32 years ago, I knew I was hooked on rowing. My passion for the sport, persistent training, supportive parents and coaches, strong competitors and teammates, and determination in the face of constant challenges propelled me to eight National Teams and two Olympic Games. Often the underdog, I did not follow a smooth path in many ways — bias, injury, sacrifice, selection, defeat… And as a woman, the instances of discrimination in sport have stuck with me.

Perhaps one of the most obvious (yet benign) experiences was becoming one of the first female elite athletic members of the New York Athletic Club, which had finally admitted women after maintaining an all-male membership since 1868.

I found my role in the NYAC empowering, and one that I was truly proud of. That experience, and countless others, gave me motivation to prove myself. In many ways, I see correlations between the challenges that I and other women have faced in sport, women’s struggle for voting rights and equal rights, and the aspiration that women gain recognition parallel to that of men who have historically dominated the field of graphic design.

The latter two endeavors found a timely union in the Get Out the Vote: Empowering the Women’s Vote poster campaign. In 2018, I started coming upon articles noting that 2020 would be the centennial of the ratification of the 19th Amendment, granting women the right to vote in 1920. It should be noted that it was the first legislation for women’s voting rights. Not until the passage of the Voting Rights Act in 1965 were voting rights of ALL women protected and enforced, and intimidation tactics progressively eliminated.

I recognized that 2020 would mark a historic opportunity to unify and celebrate women in design, while focusing their talents toward an important civic goal — promoting and inspiring voter participation.

In early 2019 I reached out to my graphic design mentor and hero, Nancy Skolos, in hopes that she would agree to join me in making a national poster initiative a reality. We partnered with AIGA, the professional association for design, which had previously run Get Out the Vote initiatives coinciding with the presidential election cycle, and the League of Women Voters. We developed a diverse list of invitees in an effort to highlight women who are actively contributing to society and the profession today. To support mentorship and inclusion, each invitee had the option to invite an additional designer to participate.

The collection resulted in 65 posters from 71 brilliant women (some chose to collaborate), and is on exhibit across the country. It comprises a conscientious body of work that amplifies their distinct and passionate voices. More posters are added each day by AIGA members, and are available for free download.

My hope is that these posters find their way to walls, websites, storefronts and yards, and are shared widely in any way possible.

My days of elite competition in rowing may have come to an end, but my involvement in celebrating women as a powerful force is now enabled by my roles as a daughter, mother, educator and citizen designer. I am invigorated by the energy of this initiative — trusting in its impact and contributing to (and catalyzing) important conversations. The democracy we are a part of can only work when we each speak up — and vote. Get your ballot in, and make your voice heard. 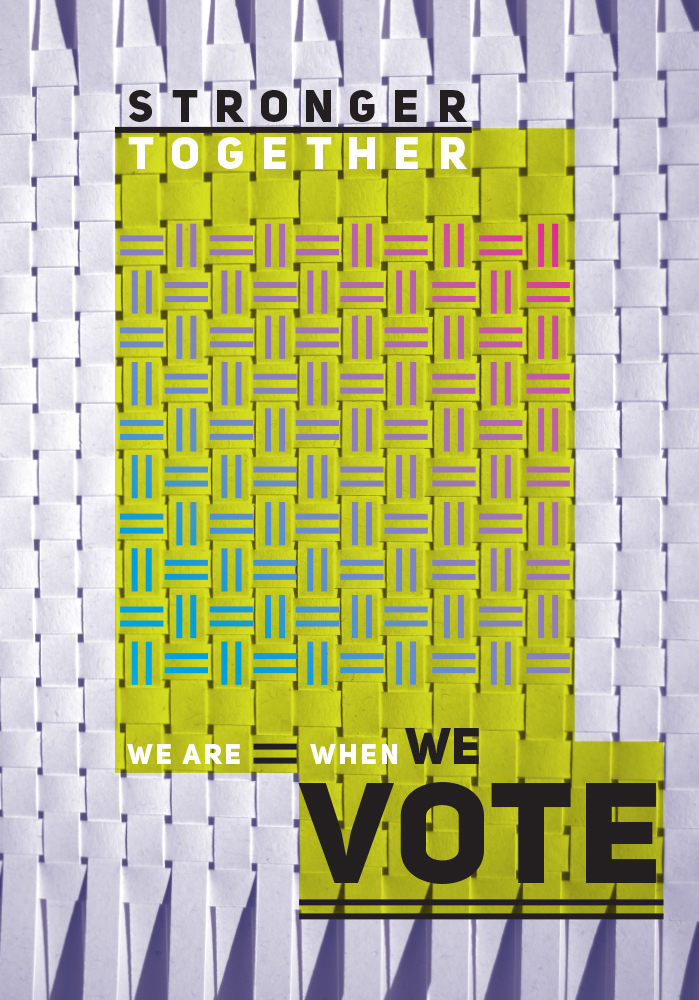