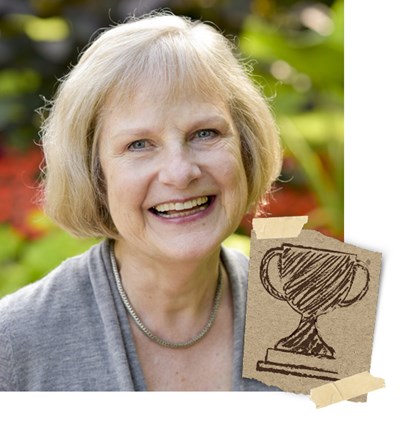 When I joined MSU, the only Big Ten university with an Indigenous Studies program was Minnesota. Dr. George Cornell, Dr. Gordon Henry, Professor Patrick LeBeau and I got together and said, "This is something we need to have," and we put together an undergraduate program on the subject. We then realized that we wanted and needed to teach graduate students as well, but with only four of us, we weren't sure if we would have sufficient faculty to do so.

So, during my second year here at MSU, we organized a meeting with professors who taught Indigenous studies throughout the Big Ten at the Newberry Library in Chicago. We knew that we wouldn't have sufficient money to hire enough professors for each university to have its own program, so instead, we put together a consortium of all the Big Ten universities to get together and teach Indigenous history.

A lot of the research I've done concerns Indigenous women and the incredible role that they played in their society. Indigenous women had as much voice and as much influence as men. It wasn't just a world of equality; it was a world in which male and female roles were comparable and enhanced each other.

There's a general disdain for Indigenous knowledge. Colonizers shunned this knowledge and, because of that, we lost knowledge about how to sustainably use the land and take care of our communities. Western society has taken thousands of years of knowledge and just dismissed it — and that's dangerous! The roots of racism lay with how Indigenous people were treated.

Before settlers came to the U.S., Indigenous communities were not only surviving, but thriving! The communities I research that lived in the Ohio-River Valley were incredibly prosperous. The thing that's so fascinating about Indigenous people is that, to them, culture is not separated from their day-to-day life — it's not something they go to an art museum to look at — it's their lifestyle. It's the bowl they create and then eat out of; it's the clothing that they sew and then wear. It's just a tremendously rich culture. That is what I wish students learned before they learn about the archetypal founding moments of U.S. history.