Bringing the promise of quantum computing to nuclear physics

Quantum mechanics, the physics of atoms and subatomic particles, can be strange, especially compared to the everyday physics of Isaac Newton’s falling apples. But this unusual science is enabling researchers to develop new ideas and tools, including quantum computers, that can help demystify the quantum realm and solve complex everyday problems.

That’s the goal behind a new U.S. Department of Energy Office of Science (DOE-SC) grant, awarded to Michigan State University (MSU) researchers, led by physicists at Facility for Rare Isotope Beams (FRIB). Working with Los Alamos National Laboratory, the team is developing algorithms – essentially programming instructions – for quantum computers to help these machines address problems that are difficult for conventional computers. For example, problems like explaining the fundamental quantum science that keeps an atomic nucleus from falling apart.

The $750,000 award is part of a nearly $18 million DOE investment in research at the intersection of nuclear physics and quantum information science. The goal of these projects, supported by the Office of Nuclear Physics within DOE-SC, is to develop quantum tools for nuclear science as well as bring expertise in nuclear physics to quantum systems. The Spartans’ efforts represent the latest in a growing list of grants from a variety of agencies that are helping MSU researchers develop new quantum theories and technologies.

“The aim is to improve the efficiency and scalability of quantum simulation algorithms, thereby providing new insights on their applicability for future studies of nuclei and nuclear matter,” said principal investigator Morten Hjorth-Jensen, an FRIB researcher who is also a professor in MSU’s Department of Physics and Astronomy and a professor of physics at the University of Oslo in Norway. 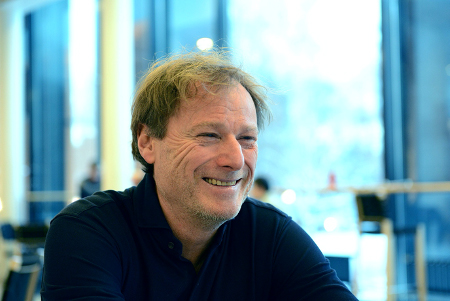 Although this grant focuses on nuclear physics, the algorithms it yields could benefit other fields looking to use quantum computing’s promise to more rapidly solve complicated problems. This includes scientific disciplines such as chemistry and materials science, but also areas such as banking, logistics, and data analytics.

“There is a lot of potential for transferring what we are developing into other fields,” Hjorth-Jensen said. “Hopefully, our results will lead to an increased interest in theoretical and experimental developments of quantum information technologies.” All the algorithms developed as part of this work will be publicly available, he added.

What makes quantum computers attractive tools for these applications is a freedom afforded by quantum mechanics.

Classical computers are constrained to a binary system of zeros and ones with transistors that are either off or on. The restrictions on quantum computers are looser.

Instead of transistors, quantum computers use technology called qubits (pronounced “q-bits”) that can be both on and off at the same time. Not somewhere in between, but in both opposite states at once.

Combined with the proper algorithms, this freedom enables quantum computers to run certain calculations much faster than their classical counterparts. The type of calculations, for instance, capable of helping scientists explain precisely how swarms of elementary particles known as quarks and gluons hold atomic nuclei together.

"It is really hard to do those problems,” said Huey-Wen Lin, a co-investigator on the grant. “I don’t see a way to solve them any time soon with classical computers.” 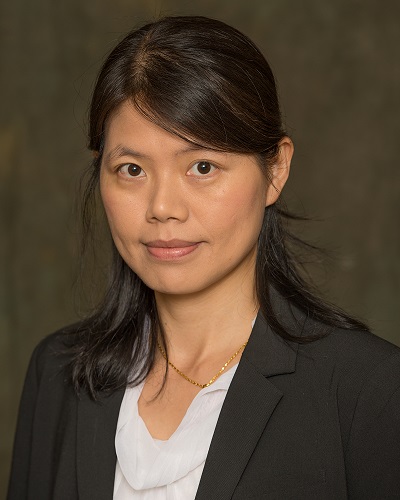 She added that quantum computers won’t solve these problems immediately, either. But the timescales could be measured in years rather than careers.

But Hjorth-Jensen hopes the project will spark more discussions and forge deeper connections with the growing community of quantum experts across campus and prepare the next generation of researchers. The grant will also open up new opportunities in quantum computing training for MSU students who are studying in the nation’s top-ranked nuclear physics graduate program.

The grant, titled “From Quarks to Stars: A Quantum Computing Approach to the Nuclear Many-Body Problem,” was awarded as part of “Quantum Horizons: Quantum Information Systems Research and Innovation for Nuclear Science," a funding opportunity issued by DOE-SC.

MSU established and operates FRIB as a new user facility for the Office of Nuclear Physics in the U.S. Department of Energy Office of Science. Under construction on campus and operated by MSU, FRIB will enable scientists to make discoveries about the properties of rare isotopes in order to better understand the physics of nuclei, nuclear astrophysics, fundamental interactions, and applications for society, including in medicine, homeland security, and industry.