HOME TO THE LARGEST COLLECTION OF FRESHWATER COASTAL SAND DUNES IN THE WORLD, MICHIGAN IS A FAVORITE VACATION SPOT FOR THOUSANDS OF VISITORS EACH YEAR. BUT UNTIL RECENTLY, THE TRUE GEOGRAPHICAL EXTENT OF THE DUNES WAS UNCERTAIN. NOW, THANKS TO A MICHIGAN STATE UNIVERSITY RESEARCHER, WE'RE A LITTLE CLOSER TO KNOWING.

Alan Arbogast, chairperson of MSU’s Department of Geography, recently supervised the creation of the most detailed, comprehensive map of Michigan’s dunes, totaling more than 230,000 acres. In addition to mapping previously unrecognized dunes on the west coast of Lower Michigan, the map also includes dunes on the eastern side of the Lower Peninsula, along Lake Huron — which aren’t mapped in other surveys.

“We discovered there are over twice as many acres of dunes that actually exist compared to those previously mapped in the 1980s as ‘critical dunes,’ which are generally the larger, more prominent dunes that are regulated to some extent along the lakeshore,” Arbogast says. “Our updated map fills an important knowledge gap and is a powerful new tool to support and enable future research, geographic analysis and community engagement.” 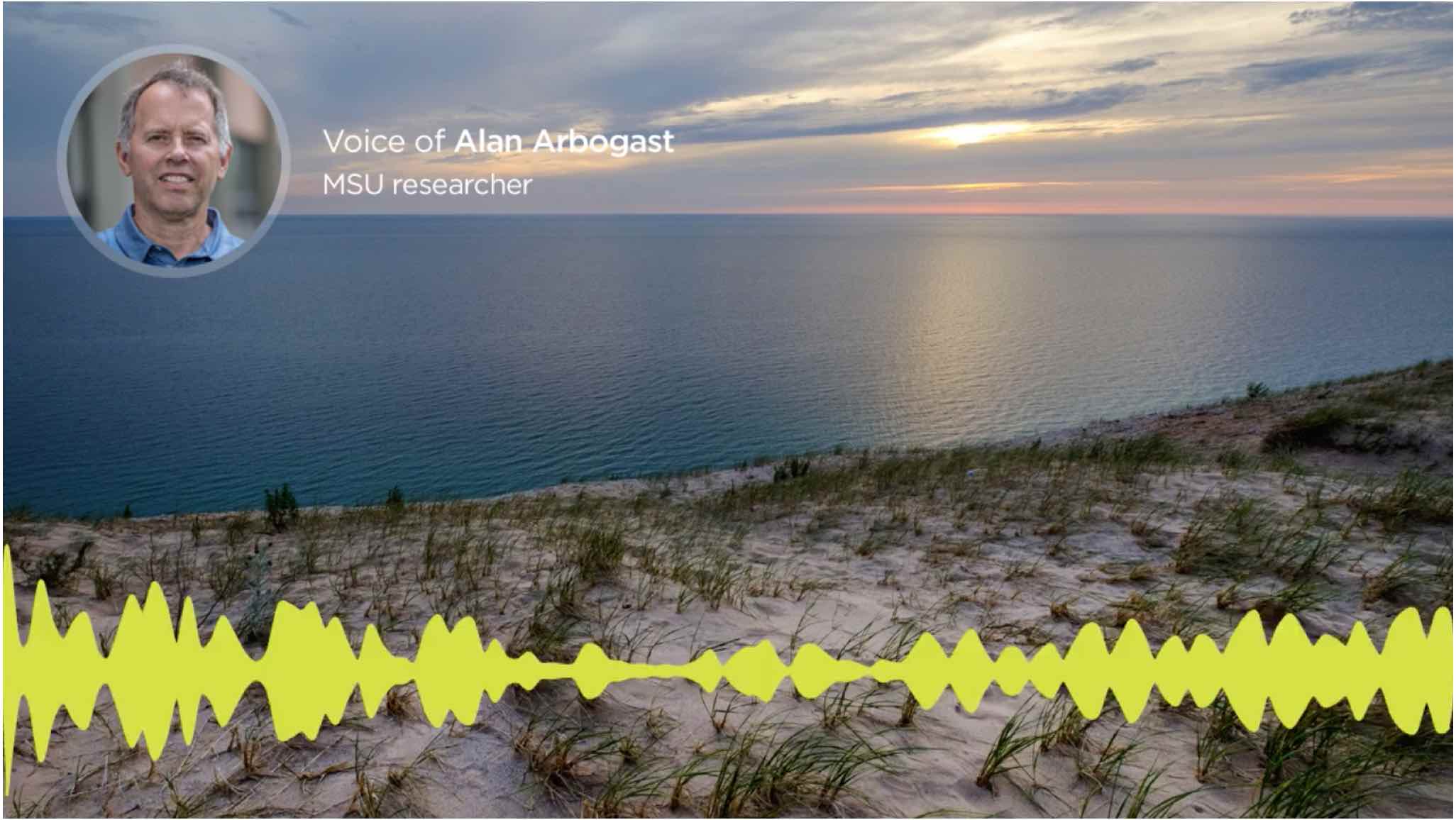 Why is this project important? The work is part of a detailed report commissioned by the Michigan Environmental Council that provides new data that can inform public policy decisions and provide fodder for discussions about protecting Michigan’s natural resources, the researchers say. The MEC also found the dunes drive business in local communities as visitors to the dunes spend an average of nearly $400 per visit, also frequenting local restaurants and grocery stores during their trip.

“Public policymakers in this state need to be thinking long term,” says Brad Garmon, finance director for the MEC. “The Great Lakes and their dynamic freshwater shorelines are going to be a really important piece of the puzzle for not just Michigan, but also the nation and the world.”

Other key findings from the report: