So, what really is jihad? 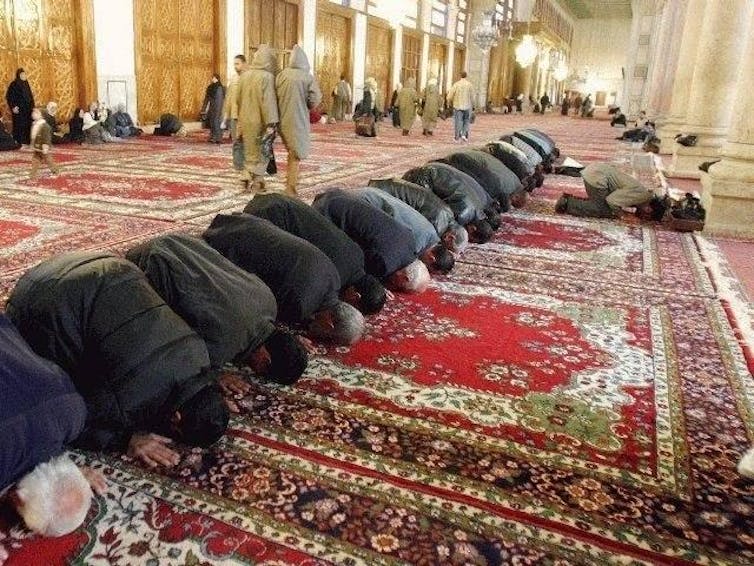 Mohammad Hassan Khalil, associate professor of religious studies and director of the Muslim Studies Program at Michigan State University, wrote this piece for The Conversation, an independent collaboration between editors and academics that provides informed news analysis and commentary to the general public. See the entire list of articles written by MSU faculty for The Conversation.

Often, many people conflate the terms jihad and terrorism. This is in part because many writers use the term “jihadist” when describing violent Muslim radicals.

To be sure, such radicals have invoked jihad to justify their heinous acts, such as the 9/11 attacks on the World Trade Center and more recent Islamic State group (also known as ISIS) operations. But these acts have been strongly condemned by numerous Muslim clerics and scholars on Islamic grounds.

And as I show in my own research, violent radicals who attempt to justify terrorism on religious grounds are often misrepresenting the scholarly sources they cite.

Jihad, according to Islamic law

The Arabic term jihad literally means a “struggle” or “striving.” This term appears in the Quran in different contexts and can include various forms of nonviolent struggles: for instance, the struggle to become a better person. This falls under the category of “jihad of the self,” an important subject in Islamic devotional works.

In the specific context of Islamic law, however, jihad generally signifies an armed struggle against outsiders.

Not surprisingly, Muslim scholars have long debated when exactly warfare can be justified.

Much less controversial, however, is the general rule that various categories of civilians must not be targeted.

This rule of civilian immunity is so widely accepted that it is even typically recognized by violent Muslim radicals. But such radicals also invoke loopholes to get around this rule. When attempting to justify 9/11, for instance, Osama bin Laden argued, among other things, that American civilians could be targeted since, he asserted, American forces had previously targeted Muslim civilians.

To justify this loophole, bin Laden invoked the writings of medieval Muslim scholars such as al-Qurtubi. As I show in a recent book, however, al-Qurtubi actually held the exact opposite view: Civilians should never be targeted as a form of retribution.

This is but one example of why it is critical not to conflate the prevailing interpretations of jihad with Muslim terrorism.