Science gets shut down right along with the federal government

Angela Wilson, MSU chemist, wrote this piece for The Conversation, an independent collaboration between editors and academics that provides informed news analysis and commentary to the general public. See the entire list  of articles written by MSU faculty for The Conversation. 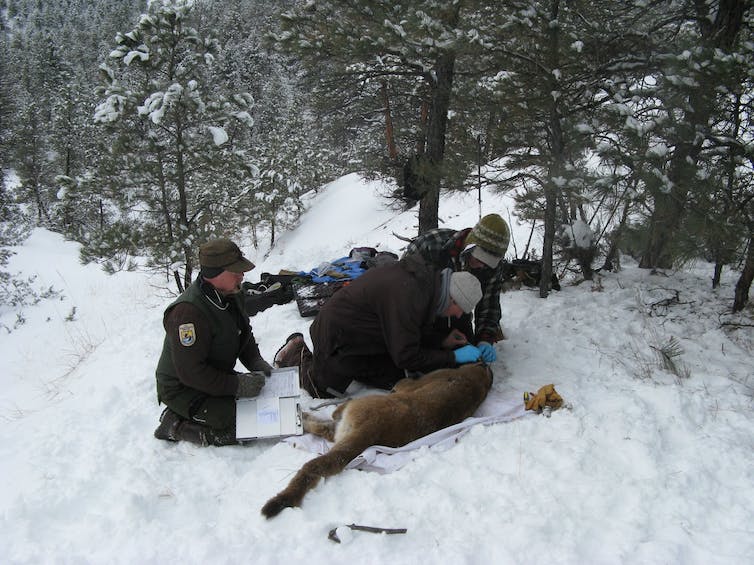 When the U.S. government shuts down, much of the science that it supports is not spared. And there is no magic light switch that can be flipped to reverse the impact.

For instance, large-scale instruments like NASA’s Stratoscopheric Observatory for Infrared Astronomy – the “flying telescope” – have to stop operations. Eventually bringing such instrumentation back up to speed requires over a week. If the shutdown lingers, contingency funds provided to maintain large-scale instruments supported by agencies including NASA, the National Oceanic and Atmospheric Administration and the National Science Foundation will run out and operations will cease, adding to the list of closed facilities.

When I headed NSF’s Division of Chemistry from March 2016 to July 2018, I experienced firsthand two shutdowns like the one the country is weathering now. The 1,800 NSF staff would be sent home, without access to email and without even the option to work voluntarily, until eventually an end to the shutdown was negotiated. As we were unsure how long the shutdowns would run, a lot of time was spent developing contingency plans – and coordinating with many hundreds of researchers about them. Concerns about what will happen to researchers’ day-to-day projects are compounded by apprehension about interruptions to long-term funding.

Many federal agencies perform science. The Centers for Disease Control and Prevention and the National Institutes of Health are less affected by the shutdown this time since they already have their budgets for fiscal year 2019. But agencies including the NSF, the Fish and Wildlife Service, the National Parks Service, the U.S. Geological Survey, the Environmental Protection Agency, the National Institute of Standards and Technology and NOAA have had to stop most work.

In some sensitive areas involving plants, animals, earth or space phenomena that are cyclical or seasonal, scientists may miss critical windows for research. If something happens only once a year and the moment is now – such as the pollination window for some drought-resistant plants – a researcher will miss out and must wait another year. Other data sets have long records of measurements that are taken daily or at other defined times. Now they’ll have holes in their data because federal workers can’t do their jobs during a shutdown.

Databases go dark. Many scientists and engineers across the country – indeed, across the globe – rely on the information in these databases, such as those offered by NIST, which is part of the Department of Commerce. When data can’t be accessed, projects are delayed.

And of course, federal scientists serve as journal editors, reviewers and collaborators on research projects. Their inability to work has an impact across the scientific community in moving science and technology forward for our nation.

Without a doubt, the government shutdown will delay, cancel or compress implementation timelines of initiatives to help drive development of new science and tech in the United States. This affects both U.S. research progress and the American STEM workforce. Missed (or delayed) opportunity costs are high, as some planned investments are in areas with fierce global competition and significant investments by other countries – think next-generation computers and communication – which are critical to the country’s national security. 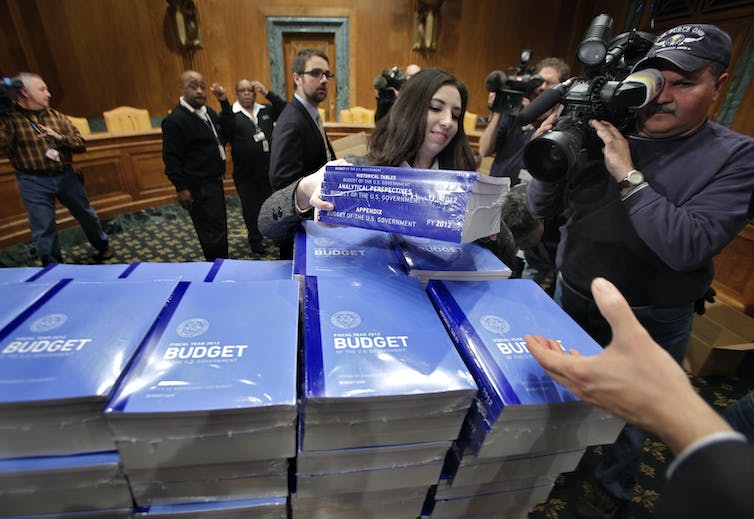 The shutdown is not some long vacation. The amount of work that must be done at federal agencies isn’t reduced. In fact, while the employees are away, the work continues to build up.

For some divisions at the NSF, where I worked, the early part of the year is the peak period in terms of workload. Scientists submit around 40,000 research proposals annually, hoping to secure funding for their projects. The longer the shutdown, the more intense the workload will be once the government reopens, since decisions about the support of research still need to occur during the current fiscal year. Decisions – and projects – will be delayed.

It is important to note that the government shutdown is exacerbating the effect of mostly flat budgets (with the exception of the 2009 stimulus) that many federally funded scientific agencies have been dealing with for more than a decade.

Prior to the shutdown, contingencies were made to ensure that some of the scientific facilities have spending authority for at least a month or so of operations. But, if the shutdown continues, furloughs of facility staff may become necessary if the limits of obligated funding are reached.

And, with all of these negatives, for all of the agencies that are shut down, the biggest question is what will happen to their budgets. Here we are, four months into the fiscal year, and agencies do not know what will happen to them for what remains of FY 2019. It is difficult to plan, it is difficult to continue to function and it affects STEM workforce morale, retention and ability to attract quality personnel into vitally important scientific roles.

Now that we’re facing the longest government shutdown to date, national security, health and the economy continue to be jeopardized by STEM research that’s been slowed or stopped.

Department of Chemistry
MSU scientists solve half-century-old magnesium dimer mysteryMay 11, 2020Magnesium dimer, or Mg2, is a fragile molecule consisting of two weakly. . .Senior recognized for outstanding achievement in organic chemistryMar 23, 2020MSU chemistry senior Natasha Perry was selected by the American Chemical. . .Outsmarting antibiotic resistanceMar 04, 2020We live in a critical time when bacteria have demonstrated an ability to. . .Chris Wrede: Nuclear physics at MSUFeb 25, 2020During eight years at MSU, I’ve been fortunate to work with a. . .Chemistry Club wins the 2020 ‘Battle of the Chemistry Clubs’ competitionFeb 10, 2020Michigan State University’s Chemistry Club took first place in the. . .

Study: How to identify patients most at risk from COVID-19 through nanotechnologyMay 18, 2020What if doctors could not only diagnose a COVID-19 infection but. . .
Wastewater may help predict the next COVID-19 outbreakMay 11, 2020A MSU researcher is spearheading a study to determine if viral outbreaks. . .
Mother and son become Spartan alumni togetherMay 20, 2020As Ashton Jordan celebrates earning his undergraduate degree and. . .
Understanding the language of change through linguisticsMay 26, 2020Suzanne Evans Wagner isn’t telling people how to talk. She’s. . .
Local groups cooperate to provide COVID-19 testing in at-risk communitiesMay 26, 2020The Ingham County Health Department and MSU Health Care, along with. . .

An international team of astronomers, from 40 institutes across 17 countries and led by Michigan State University’s Elias Aydi, has found that shocks cause most of a nova’s brightness, not nuclear burning of material.