Trey Malone, assistant professor and extension economist in the Department of Agricultural, Food and Resource Economics, wrote this piece for The Conversation, an independent collaboration between editors and academics that provides informed news analysis and commentary to the general public. See the entire list of articles written by MSU faculty for The Conversation. 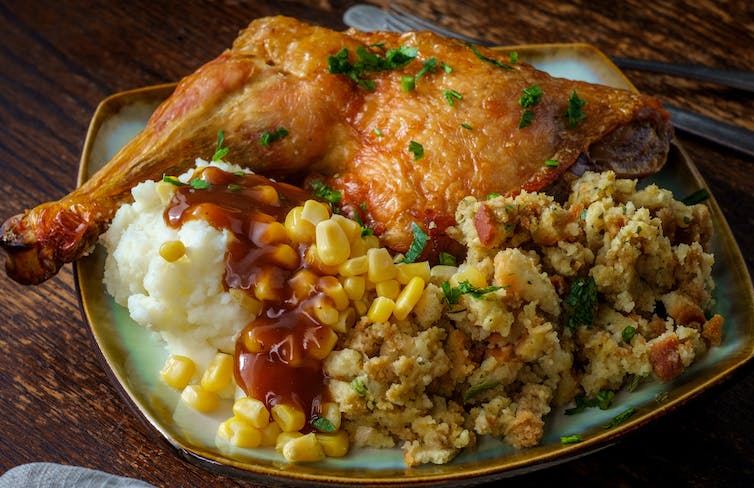 Sitting down for a family feast, do you need to gird yourself for battle in the ongoing sociopolitical culture war? In today’s hyperpartisan United States, common food products have become proxies for conservative and liberal values. Meat-eating Republicans versus quinoa-loving Democrats. Imported-beer liberals versus domestic-beer conservatives.

Nothing showcases this proxy war better than the rise of gluten sensitivity.

From “gluten free” water to Jimmy Kimmel clips, gluten sensitivity has permeated the modern American food culture. Despite having no data to support their claims, media voices ranging from the satirical show Portlandia to commentators on Fox News have poked fun at what they characterize as the gluten-intolerant left.

People on the political right, including Ted Cruz, allege that gluten-intolerant West Coast liberals are at the forefront of political correctness.

But is there reality to this perception that liberals can’t stomach gluten, while conservatives can wolf it down without complaint?

As researchers of food politics, Bailey Norwood and I often focus on how different market segments’ perceptions influence their food choices. We decided to investigate the demonization of gluten – and our empirical analysis suggests that gluten sensitivity affects people of all political persuasions. 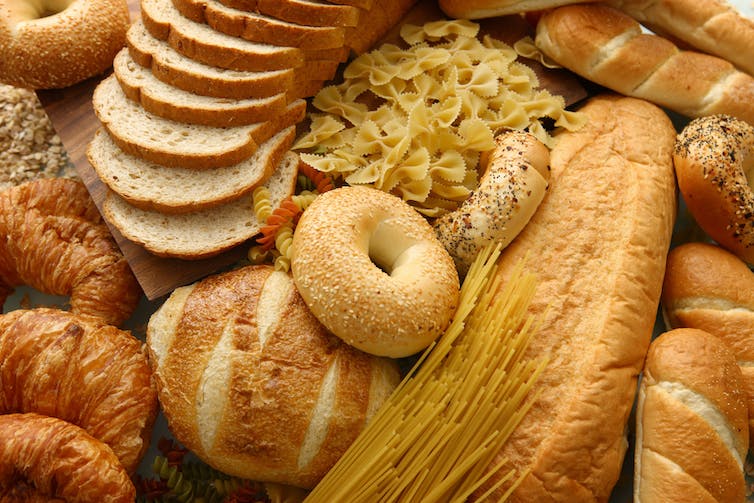 Gluten is a protein found in grains such as wheat, barley and rye. It turns up in many common foods, including pizza, cereal and beer. Gluten is what gives dough its elasticity, but it has limited nutritional value itself.

Approximately 0.5% of North Americans have been clinically diagnosed with celiac disease. When people with this autoimmune genetic disease eat gluten, it damages their small intestine, leading to other long-term health effects. The number of documented cases has dramatically risen over the past 30 to 40 years, though researchers aren’t sure why.

While consumers with celiac and non-celiac gluten sensitivity should definitely avoid gluten, there is no strong scientific evidence that anyone else needs to reduce their gluten consumption. In fact, there is no evidence that would support the notion that gluten-free foods are any healthier than foods filled with gluten for most of the population.

Nevertheless, disagreement rages on regarding whether gluten sensitivity is real and deserves the same universal acceptance that diagnosable diseases like celiac and other established health conditions enjoy.

The contention that gluten sensitivity goes along with liberalism takes the debate even further. If this were true, it would have serious implications for policy decisions and food marketing strategies. It would imply that gluten sensitivity is not strictly a medical condition but a social construct, which would not require the same regulatory concern as other health conditions.

To conduct our analysis, Norwood and I asked 1,086 U.S. consumers four questions about their perceptions of gluten.

Contrary to the common stereotype, we found no evidence that the political left is more likely to report being gluten sensitive. In fact, when we divided our sample by preferred president of the past few decades, those who selected Donald Trump were also the most likely to identify as gluten avoidant.

So if progressive liberals aren’t actually more gluten sensitive, how does the perception take hold?

What psychologists call “motivated reasoning” is likely a primary culprit. As a time-saving measure, your mind tries to sort each person you encounter into crude buckets based on quick assessments. Once a connection begins to gain traction, it can spread, often leading to misperceptions about individual beliefs and preferences. 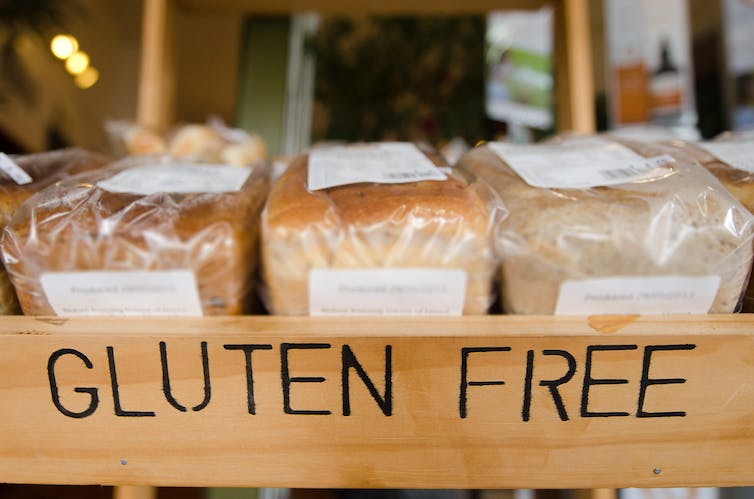 It’s not clear why gluten sensitivity became intertwined with stereotypes about liberal progressives. In fact, even far-right extremist websites such as Infowars have been known to advocate for gluten-free diets.

While we find no evidence of a clear separation between the self-reported gluten sensitivity of liberals and conservatives, it is likely that politically polarizing topics have compromised other food choices. Consider climate change and meat consumption. Vegans and vegetarians are already more likely to identify as liberal. Given the heavy emphasis placed by media on reducing meat consumption as a metric for consciousness regarding climate change, some evidence suggests that meat consumption increasingly can be divided along party lines.

What people eat is one of the most visible decisions they make each day. This is increasingly true as American consumers cook less and eat away from home more. In 2012, Barack Obama won 77% of the counties with a Whole Foods and a meager 29% of Cracker Barrel counties, after all.

Despite Americans’ political differences, many of us are deeply interested in the foods we consume. Our gluten investigation provides a gentle reminder against simplistic stereotyping around the dinner table.

Trey Malone is an assistant professor and extension economist in the Department of Agricultural, Food and Resource Economics.

Trey Malone is an assistant professor and extension economist in the Department of Agricultural, Food and Resource Economics.

College of Agriculture and Natural Resources

Erin Graham, assistant professor in the College of Social Science's Department of History, is building a platform to help her students document their first-hand accounts of living through the COVID-19 crisis.