Data privacy rules in the EU may leave the US behind

Thomas Holt, professor of criminal justice at Michigan State University, wrote this piece for The Conversation, an independent collaboration between editors and academics that provides informed news analysis and commentary to the general public. See the entire list of articles written by MSU faculty for The Conversation.

France made headlines on Jan. 21 for fining Google $57 million – the first fine to be issued for violations of the European Union’s newly implemented General Data Protection Regulations. GDPR, as it’s called, is meant to ensure consumers’ personal information is appropriately used and protected by companies. It also creates procedures to sanction companies who misuse information.

According to French data privacy agency the National Commission on Informatics and Liberty (CNIL), which levied the fine, Google didn’t clearly and concisely provide users with the information they needed to understand how it was collecting their personal data or what it was doing with it. Additionally, CNIL said Google did not obtain user consent to show them personalized advertisements. For its part, Google may appeal.

This case demonstrates the increasingly prominent role that the EU intends to play in policing the use of personal information by major companies and organizations online. The U.S. lags behind Europe on this front. As a researcher who studies computer hacking and data breaches, I’d argue the U.S. may have ceded regulatory powers to the EU – despite being the headquarters for most major internet service providers. Why has the U.S. not taken a similarly strong approach to privacy management and regulation? 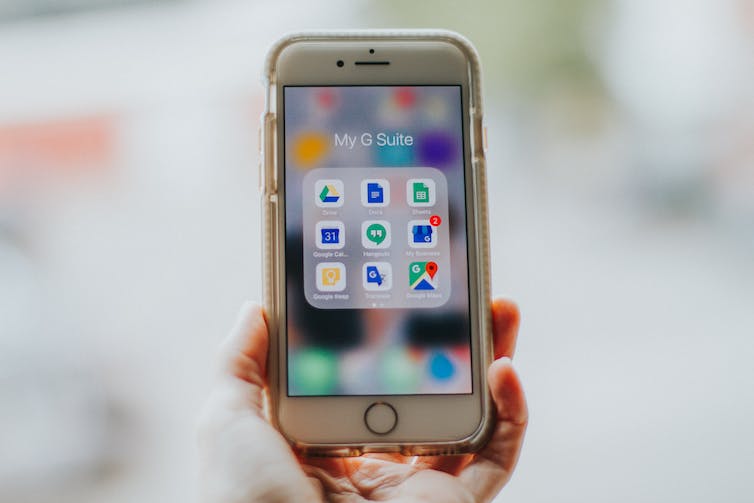 Do individual Americans even care?

There’s no single answer to why the U.S. hasn’t taken similar measures to protect and regulate consumers’ data.

Americans use online services in the same way as our European counterparts, and at generally similar rates. And U.S. consumers’ privacy has been harmed by the ever-growing number of data breaches affecting financial institutions, retailers and government targets. The federal government’s own Office of Personnel Management lost millions of records, including Social Security numbers, names, addresses and other sensitive details, in hacks. My research demonstrates that hackers and data thieves make massive profits through the sale and misuse of personally identifiable information.

It is possible that years of constant breaches have created a sense of “breach fatigue.” Maybe Americans no longer react to the loss of information because it seems there’s nothing we can do to stop the problem.

There may also be generational differences in the perceived value of personal privacy in online spaces. Millennials, who have only known a world with the internet and social media, seem more willing to disclose personal details through online platforms compared to older groups. However, several studies suggest that younger generations may be willing to do so simply because they are not as aware of the threats they face from online data collection and mismanagement as older generations are.

At the same time, studies demonstrate consumers may be willing to provide personally identifiable information in certain circumstances, especially if they may gain some benefit. They likely do not fully comprehend how and why information collection poses a threat to their overall privacy. 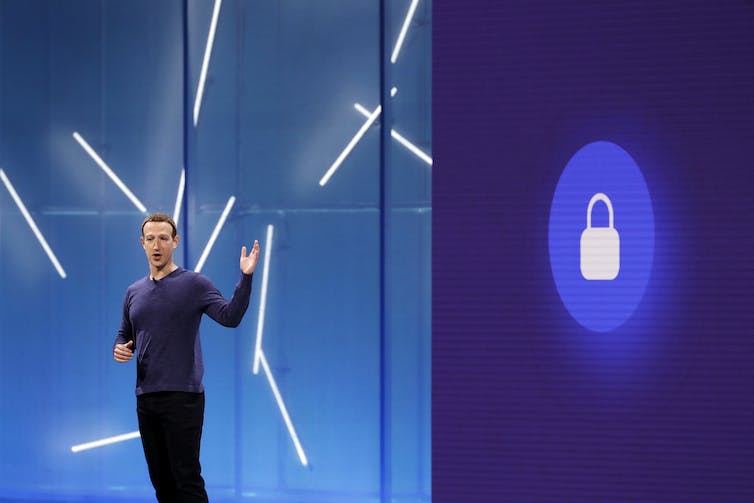 Social media sites’ and internet service providers’ resistance to external regulation is also a likely reason why the U.S. has not acted.

Facebook’s practices over the last few years are a perfect example of why and how legal regulation is vital, but heavily resisted by corporations. After hearings and investigations into the role of Facebook in distributing Russian political disinformation, as well as in the Cambridge Analytica scandal, Facebook implemented a new set of political transparency rules to help individuals understand who paid for content and why it’s being shown.

Meanwhile, Facebook executive management took extraordinary steps to target public critics calling for increased oversight, sowing confusion as to why Facebook should be regulated at all. And past attempts to regulate the platform appear to have been ignored by Facebook for years.

If the providers won’t protect data privacy on their own, I believe that the government needs to implement increased regulatory guidelines.

Should the U.S. continue on its current path, it faces a substantial risk not only to personal information safety, but to the legitimacy of governmental agencies tasked with investigating wrongdoing. Many tech researchers, including myself, already see this happening in law enforcement investigations of cybercrime. The transnational nature of these offenses, coupled with a lack of reporting to police, has reduced the ability of local, state and federal agencies to respond.

Corporate entities are filling the regulatory gaps in cyberspace, whether it is in the response to computer hackers or the removal of child pornography. If the U.S. continues to allow internet service providers to regulate themselves with minimal external controls over data privacy, it is not clear how to ever regain this lost ground.

Internet
Connecting Spartan students, Lansing young adults and Costa Rican communitiesMay 07, 2020Vincent Delgado’s education abroad programs to Costa Rica. . .MSU students observe RamadanMay 04, 2020Beginning around April 23, Muslims around the world, and here at MSU,. . .Australian scholar sets groundwork for international irrigation partnershipMay 04, 2020MSU is developing an international irrigation and water management. . .Chinwe Effiong: Maintain a social gift-stanceApr 13, 2020During my recent trip to Nigeria, I got caught up in the international. . .Sharing knowledge globally in a time of crisisApr 06, 2020First established more than 150 years ago, land-grant universities such. . .
MSU sociologists help refugees stay safe from COVID-19Jun 29, 2020In refugee camps and urban settlements throughout the Middle East and. . .Social science LEADR creates over 10,000 face shieldsJun 29, 2020Coordinating with the MSU libraries as well as other campus and local. . .Five ways the world is better off dealing with a pandemic now than in 1918Jun 24, 2020While we do not want in any way to diminish the hundreds of thousands of. . .Jennifer Cobbina: Taking power from police and putting it into communitiesJun 09, 2020America’s long history of state-sanctioned violence against Black. . .Delia Fernandez: A social scientist’s tips for graduate studentsJun 08, 2020Delia Fernandez is an assistant professor of history in the College of. . .
MSU researcher earns top ranking for computer science, electronics workJun 23, 2020A Michigan State University researcher in the College of Engineering has. . .Ask the Expert: Online learning vs. classroom learningJun 04, 2020Online learning can be as good or even better than in-person classroom. . .MSU provides update on IT-based intrusionJun 03, 2020MSU provided an update on its ongoing investigation into an isolated. . .New technology gives students and faculty a new way to learnMay 19, 2020A new technology acquired by the Learning Assessment Center is. . .Study: How to identify patients most at risk from COVID-19 through nanotechnologyMay 18, 2020What if doctors could not only diagnose a COVID-19 infection but. . .
New website stimulates new cancer research synergies at MSUFeb 21, 2020Michigan State University has unveiled a new website highlighting the. . .Regulating Facebook won’t prevent data breachesMay 13, 2018After revelations that political consulting firm Cambridge Analytica. . .Fake news and filters aren’t fooling internet usersMay 03, 2017Despite what some politicians argue, fake news and biased search. . .Poor health literacy a public health issueOct 13, 2016America’s poor record on health literacy is a public health issue,. . .Facilitating a better online conversationSep 26, 2016A team of researchers from MSU’s College of Arts and Letters has. . .

Erin Graham, assistant professor in the College of Social Science's Department of History, is building a platform to help her students document their first-hand accounts of living through the COVID-19 crisis.