Calling it a 'war on science' has consequences 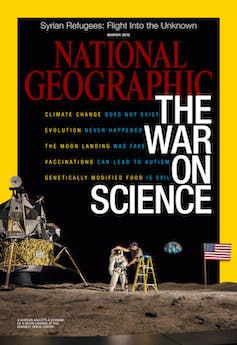 What happens when a cover boils a measured article down to this provocative headline?

National Geographic’s March 2015 cover story provided a thoughtful discussion around the question of “Why Do Many Reasonable People Doubt Science?” The actual cover, however, simply said “The War on Science.”

That article never actually uses the term “war on science” but claiming the existence of a such a conflict has become quite common.

There are books to tell readers “who’s waging it,” “why it matters,” and “what we can do about it” and many opinion articles and editorials in reputable publications describing its battles.

While we may fully agree as individuals that current approaches to science policy seem deeply problematic, we also wonder as communication scholars whether it makes strategic sense to call the current situation a “war.” Communication experts have long expressed concerns that framing an issue as a conflict might make finding a reasonable path forward harder by suggesting that people need to choose sides and vanquish their opponents in order to succeed.

Building on such arguments, our new research suggests that Americans may see scientists’ choice to accuse conservatives of waging a “war on science” as relatively aggressive compared to potential alternative ways of describing the current situation. In turn, this perceived aggressiveness may harm the credibility of scientists in conservative audiences that already have doubts about them. 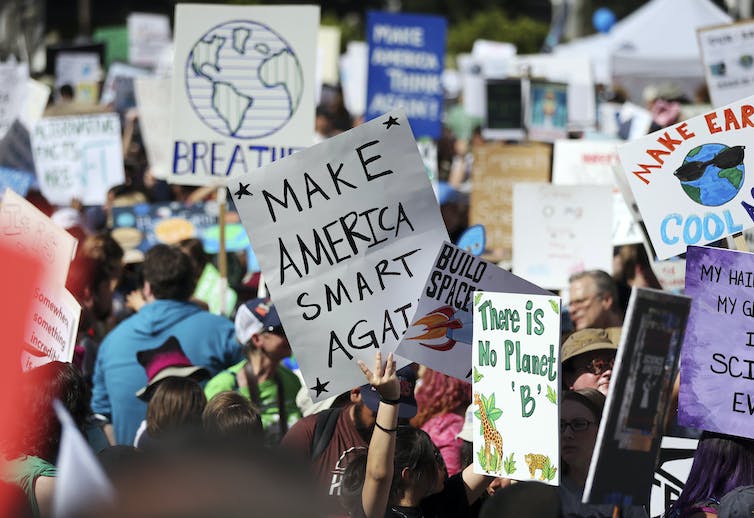 Investigating the effect of the frame

Framing is how communicators put an issue in context – whether naively or on purpose. For years, communication scholars have criticized journalists for frequently framing issues as conflicts or games rather than trying to find more meaningful ways to understand disagreement. For example, researchers have argued that too much media coverage of climate change focuses on the “fight” between conservatives and liberals. This kind of framing problem isn’t exclusive to science-related coverage – but science communicators don’t need to contribute to the problem.

For our study, we surveyed 1,024 American adults who were part of an online panel, selected to be similar to the U.S. population in terms of age, gender, education and political ideology. We randomly assigned participants to read one of three different versions of a blog post about science or an article about baseball. Then we asked them a series of questions about their perception of scientists and other topics.

We adapted the science article from a 2017 Scientific American blog that framed the Trump administration’s approach to scientific evidence as a “war on science.” The article called the administration liars, talking about specific “attacks” and trying to rally scientists to fight back.

We trimmed this initial article for length and then changed some wording to make two alternate versions. Rather than a war, one framed the current situation as either a “challenge for science,” while the other used the frame of a “neglect of science.”

The “challenge for science” article kept some of same aggressive tone as the original article, calling out the White House for lying, but replacing war-related terms such the “attack on science” with the “challenge for science.” In contrast, the article that framed the administration as neglectful took a less aggressive tone, though still addressed the same ideas using the same structure.

What we ultimately found was that the level of perceived aggressiveness coupled with the “war on science” framing generally led conservatives, liberals and moderates to rate the credibility of scientists differently. 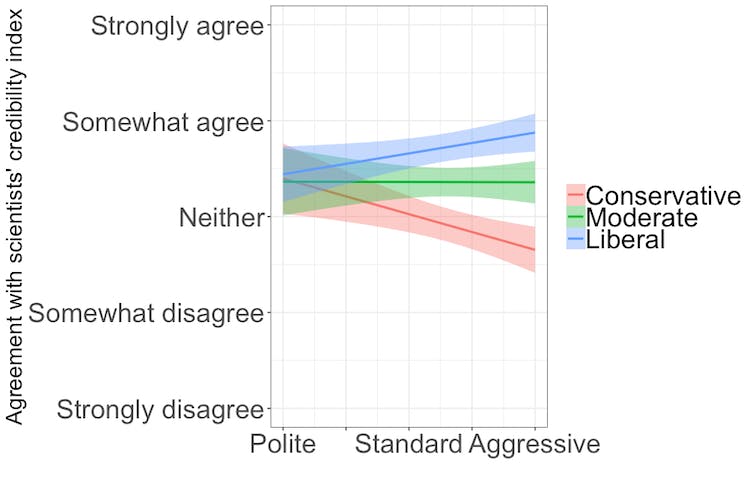 The differences are fairly small, but we only showed respondents a single article.

Researchers’ understanding is that communication effects like these work cumulatively. So continued exposure to something like war framing might be expected to gradually increase the ideological differences that we found and that seems to be appearing in the available long-term data and associated research. 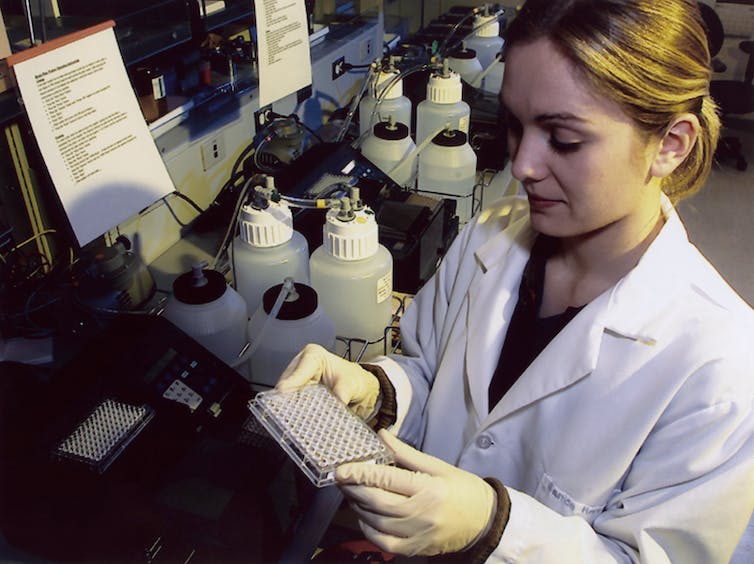 Aggressiveness won’t broaden the base of support

The pattern is still faint, and average reported confidence in scientists – which seems conceptually similar to credibility – has remained stable over time since the late 1970s. Less than 1 in 10 Americans say they have “hardly any” confidence in the scientific community.

But no one should take this stability for granted. The medical community, for example, has seen its confidence rating decline. Less than 1 in 10 Americans said they had “hardly any” confidence in medicine during the 1970s and into the 1990s, but views have deteriorated in recent decades.

And the current results build on some of our own past work showing that aggressive attacks on those who oppose technologies such as genetically engineered food or vaccines may also push down perceptions of scientists.

There may be times when an aggressive tone and conflict-framing is helpful for getting one’s existing supporters to donate money or perform some other behavior. But we have not seen any evidence that it helps expand the scope of support.

Our hope is to encourage science communicators to make choices about things like framing purposefully and to encourage research into approaches that increase the number of friends of science.

In making this argument, we’re mindful of examples such as the LGBT community’s efforts to stay away from conflict framing in its efforts to build support and lessen opposition to same-sex marriage. Rather than asking people to pick a side, the LGBT community framed marriage as a simple issue of love being love, not a fight for rights.

Aggressive tactics can come into play when those running for political office use personal attacks and negative advertising to gain advantage against their opponents. Although such an uncivil approach can damage the image of the candidate making the attacks, he or she has time to rebuild their image with supporters before the next election.

In order to have a positive impact, the science community cannot rely on aggressive communication tactics. Science needs continuous and broad support, across the ideological spectrum, to engage in research and discovery and to see that these discoveries are put to use.