Indian men are swapping 'tall, dark and handsome' for 'tall, fair and debonair'

As published in Quartz. MSU's Ronald Hall, professor of social work, wrote this piece for The Conversation, an independent collaboration between editors and academics that provides informed news analysis and commentary to the general public. 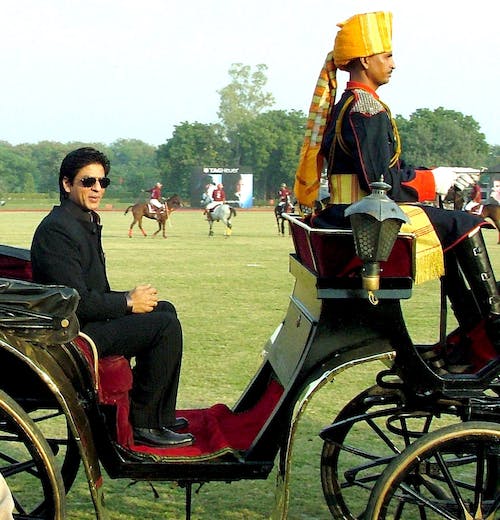 “Tall dark and handsome” is a common phrase echoed by people around the world when describing the most ideal, attractive man. But in India, local people have something else in mind when they describe what they most want in a man. The “tall, dark and handsome” is being replaced by the “tall, fair and debonair” spurred by recent trends in the skin bleaching market.

Increasingly men in India who have light skin are taking over as the darlings of public appeal portrayed in Indian movies.

Indian women have been patronising this market for years as fair skin is believed to be a critical attractiveness trait. The importance of being ‘fair’ is probably explained easiest by looking at the typical stereotypes portrayed in India’s massive film industry, best known as Bollywood. Dark skinned people are often portrayed as villains and rough characters. In Indian movies influenced by Western ideals the “good guys” are also invariably fair skinned.

Given the update in skin lightening products for men, the question that comes to mind is: are men working harder at being fair skinned?

It seems so. As recently as 2015, the Indian bleaching cream market alone accounted for 46% of facial cream sales and earned USD$331 million. Its yearly rate of growth was calculated at 18% annually. At the same time Indians applied 233 tons of this “magic” whitening potion to their faces for purposes of maintaining a lighter complexion.

American companies such as multinational Unilever got wind of India’s obsession with light skin early on. Indian women were their first customers. Unilever developed Fair & Lovely in 1975 claiming as a brand it stands for the belief that - “Beautiful, radiant skin enhances not only a girl’s outward appearance; it also plays a critical role in boosting her self-confidence”, and then revved up the commercial production of the misdirected fairness ideal.

As one of the pioneering establishments in the bleaching cream business Unilever was in a position to dominate the market. As the dominant player they have kept vigilance over India’s long-established craving to be light skinned. In the early days Fair & Lovely was sold almost exclusively to women. On their website Unilever contends, that: It is the no. 1 fairness cream in India and is popular throughout Asia.

Historically fairness creams were purchased by women exclusively. Until the mid-2000s purchase by men was not a marketing option. Eventually companies like Unilever realised that almost a third of those who used fairness creams were men and hence an immediate market spur.

After years of product success, Emami, an Indian owned company began producing Fair & Handsome for men in 2005. They describe it as a, cream for those who have darker skin and want to look more lighter skinned.

With endorsements from entertainers and celebrities Fair & Handsome took off claiming a 40% share of the men’s fairness cream market.

One of them is Bollywood movie star Shah Rukh Khan, who’s fame and sex appeal make him popular throughout India and the world. To boost its sales of Fair & Handsome, Emami hired Khan to promote its product by appearing in its commercials. In one he is depicted as tossing a tube of skin bleaching cream to an adoring fan.

Local activist groups have criticised Khan for exploiting his celebrity status in the worst possible way. But Khan has hit back, arguing that, to be successful you have to be fair.

Bollywood is a huge and successful business. Its male stars are the heartthrobs of even the most reserved Indian women. So when bleach cream companies, with their massive marketing budgets now making huge profits in their portrayal of light skinned men as the societal ideal, the use of skin lighteners by males is set to become even deeper entrenched.