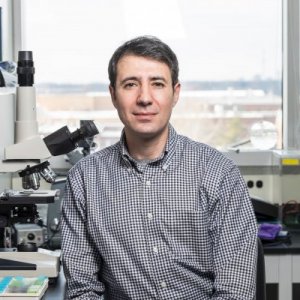 Robert Abramovitch is an assistant professor at Michigan State University.

Mycobacterium tuberculosis causes tuberculosis in humans and is one of the leading causes of death by an infectious disease. A signature feature of M. tuberculosis pathogenesis is that the bacterium survives inside macrophages, a host immune cell that kills many other bacteria. The goals of my research program are to: 1) characterize how M. tuberculosis adapts to life inside a macrophage, and 2) apply these discoveries towards the development of new drugs. To achieve these goals we are utilizing ... genetic, genomic, and biochemical approaches to characterize new genes and proteins that enable M. tuberculosis to succeed as an intracellular pathogen. These findings are then translated into high throughput screening (HTS) platforms to identify small molecule compounds that interfere with M. tuberculosis adaptation physiology. In summary, the mission of my lab is to make basic research discoveries that jump-start the development of new drugs to treat tuberculosis.

In a promising study led by Robert Abramovitch, a Michigan State University microbiologist and TB expert, the ancient remedy artemisinin stopped the ability of TB-causing bacteria, known as Mycobacterium tuberculosis, to become dormant. This stage of the disease often makes the use of antibiotics ineffective.

Additional MSU researchers contributing to this study include David Needle and Robert Abramovitch. Alfredo Torres, with the University of Texas, also contributed to this study...

A new discovery by Michigan State University scientists suggests that a common medication used to treat glaucoma could also be used to treat tuberculosis, even the drug-resistant kind.

Robert Abramovitch, an MSU microbiologist, along with graduate student Benjamin Johnson who helped lead the study, have discovered that ethoxzolamide, a sulfa-based compound found in many prescription glaucoma drugs, actually turns off the bacterium’s ability to invade the immune system. 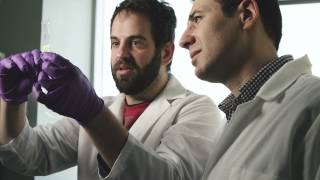